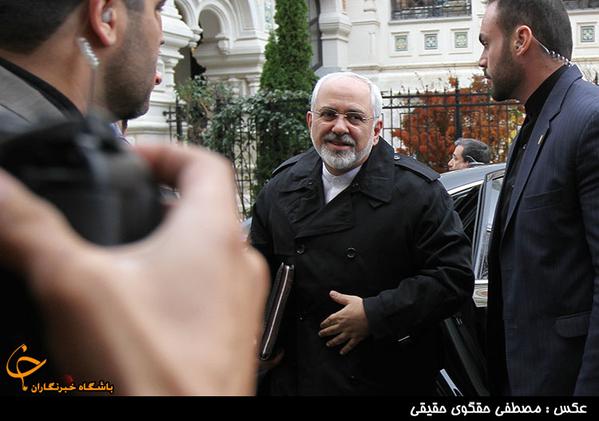 “We had good talks and decided on how to continue the negotiations in the coming days and the rest depends on the political will to achieve results,” Zarif, also top negotiator in talks with the six world powers (the US, Russia, China, France, Britain and Germany), said after his meeting with Ashton today.

He underlined that progress in talks in the next few days depends on the extent to which the western nations show political will to achieve a deal.

Iranian Deputy Foreign Minister Seyed Abbas Araqchi also told reporters that “we have always raised many ideas and proposals which are enough for them to remove their concerns”.

Ashton, however, did not make any comment after her two-hour-long working lunch with Zarif in the Austrian capital on Tuesday.

Iran will hold bilateral meetings with the Group 5+1 (the five permanent UN Security Council members plus Germany) later today, but the Iran-G5+1 meeting is not likely to be held on Tuesday.

Earlier today, Zarif underlined that the standoff over Iran’s nuclear energy program can easily be resolved if the six powers involved in the talks show the same political will that Iran has to remove the differences.

“As we have said since the very first day, if the other side shows political will for reaching a solution, numerous proposals exist and have been raised to make sure that Iran’s nuclear program is peaceful,” Zarif told reporters upon arrival at Vienna airport.

The G5+1 should take hard decisions in order not to define meaningless redlines during the negotiations to satisfy the pressure groups, he said, adding that such redlines are helpful neither to the settlement of this problem nor to non-proliferation.

Zarif underscored that his team of negotiators has come to Vienna with determination to reach proper results which both meet the Iranian nation’s interests and obviate the legitimate concerns of the international community.

Iran and the six major world powers have already held 9 rounds of nuclear negotiations after inking an interim agreement in Geneva on November 24, 2013, and have only one more week to strike a final deal before the November 24 deadline.

They have already held one round of talks in Muscat, Oman, seven rounds in Vienna, and one more round in New York and on the sidelines of the UN General Assembly.

The new round of talks between Iran and the world powers is due to be held in Vienna today.