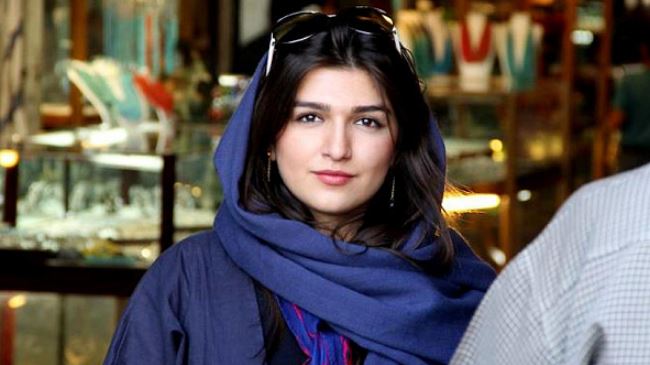 British-Iranian woman, Ghoncheh Ghavami, was arrested outside Tehran’s Azadi Stadium on on June 20, 2014.

Tehran Prosecutor’s Office has rejected media propaganda on reasons behind the arrest of Ghoncheh Qavami, saying the Iranian-British national has been taken into custody for her anti-Iran activities.

In a statement issued on Tuesday, the judicial body dismissed foreign media reports that the 25-year-old woman had been detained for merely attending a men’s volleyball game at a stadium in Tehran, adding that such reports are irrelevant to Qavami’s case.

Investigations show that Qavami had a role in anti-Iran activities, said the statement, adding that she also “attended gatherings and demonstrations against the [Islamic Republic] establishment.”

According to the statement, the defendant also faces charges of having links to the programmers and promoters of anti-Iran satellite channels, including BBC Persian.

Police have also seized a cell phone from her, which contains several photos and videos related to the elements behind the 2009 post-election unrest in Iran, added the statement.

The case has been referred to the Tehran bench of the Islamic Revolution Court.

On September 22, Iranian Judiciary spokesman Gholam-Hossein Mohseni-Eje’i dismissed that Qavami had been detained for trying to watch the game.

“Although this individual has been arrested at a spot where sports were being played, her case is not related to the issue of sports,” he said, adding, “She is currently in custody and the case is proceeding.”

The statement came as certain media reports have attempted to portray the detention of Qavami as being related to her attempt to watch the men’s game. Women in Iran are not allowed to watch men’s sports games at stadiums.