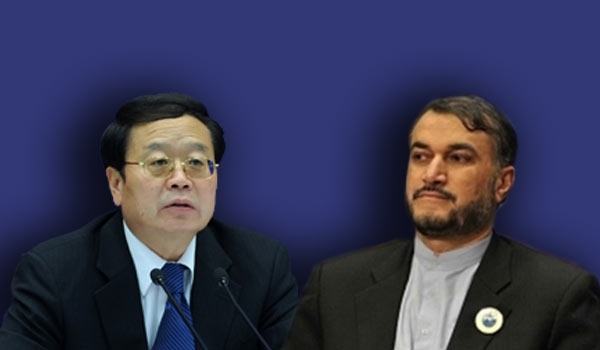 TEHRAN (FNA)- Senior Iranian and Chinese officials discussed the latest developments in the region, particularly in Syria, and vowed to do their best to help end the over three-year-long bloodshed in the country.

He further added that joint efforts of Tehran, Moscow and Beijing prevented terrorist groups and foreign meddlers to repeat Libyan plan in Syria.

Amir Abdollahian said common policy of the three countries on Syria has been successful and this policy should be pursued and strengthened.

Last month, Russian Foreign Minister Sergei Lavrov, once again, termed Iran as an influential and constructive actor in the region, and called for its participation in negotiations on the Syrian crisis.

In January, an Iranian parliamentary official voiced Tehran’s preparedness to participate in the International Geneva II Peace Conference on Syria if invited and without any precondition, and called on the organizers of the event to invite all influential actors in the region without discrimination.

“Iran’s presence in Geneva II talks can pave the way for the resolution of the crisis in Syria,” advisor to the Iranian parliament speaker for international affairs Hossein Sheikholeslam said, and underline no meeting on Syria would “yield result without Iran’s participation”.