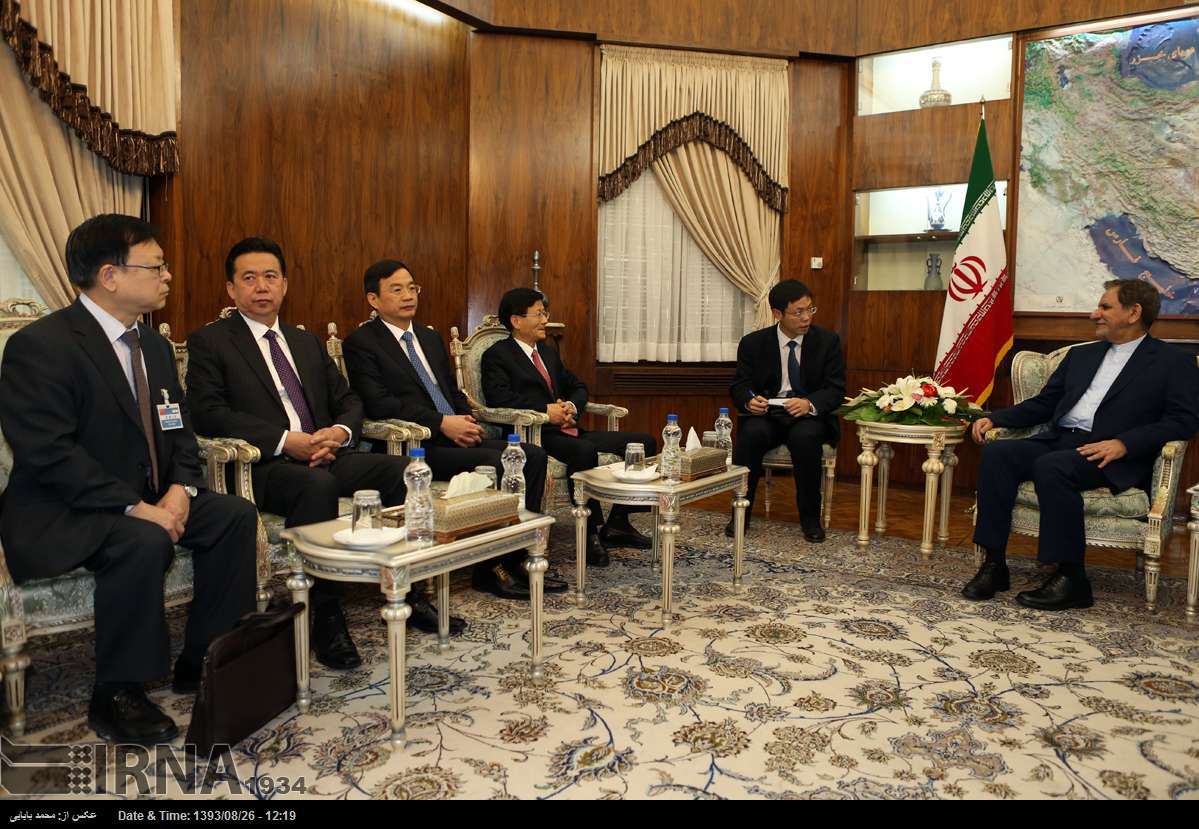 TEHRAN, Nov. 18 (MNA) – In a meeting with Meng Jianzhu a member of the Central Committee of the Communist Party of China, Iran’s first vice-president Es’haq Jahangiri stressed promotion of bilateral ties.

Jahangiri, while underlining the significance of trade expansion between Iran and China, said, “Iran welcomes Chinese president’s proposal on Silk Road Economic Belt and is ready to cooperate with China in this respect.”

Meng Jianzhu, for his part, noted that China has always assumed a positive stance in regard to Iran’s nuclear deal and said, “Beijing is of the opinion that Iranian nation’s rights for peaceful uses of nuclear energy must be achieved.”

He also maintained that China’s president holds great significance for the expansion of bilateral cooperation with Iran and welcomes the active participation of the Iranian side for cooperation in the Silk Road Economic Belt.