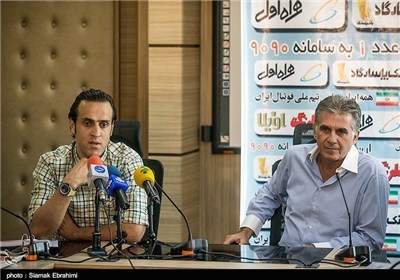 Iran has been scheduled to meet South Korea on Tuesday in Tehran’s Azadi Stadium.

“We are happy to play South Korea since the team and Japan are Asian top teams. We can test our young players in this warm-up match,” Queiroz said in the pre-match news conference in Tehran on Monday.

“Several South Korean players are playing in the European clubs and they have advanced to the World Cup many times,” the Portuguese added.

“Iran and South Korea are seeking improvement in terms of players and technical skills. Certainly, we will use some of our young players in the friendly match” he added.

Iran and South Korea are preparing for the 2015 AFC Asian Cup, which will open in January in Australia.

Iran is in Group C along with the UAE, Qatar and Bahrain and South Korea has been pitted in Group A along with Australia, Oman and Kuwait.