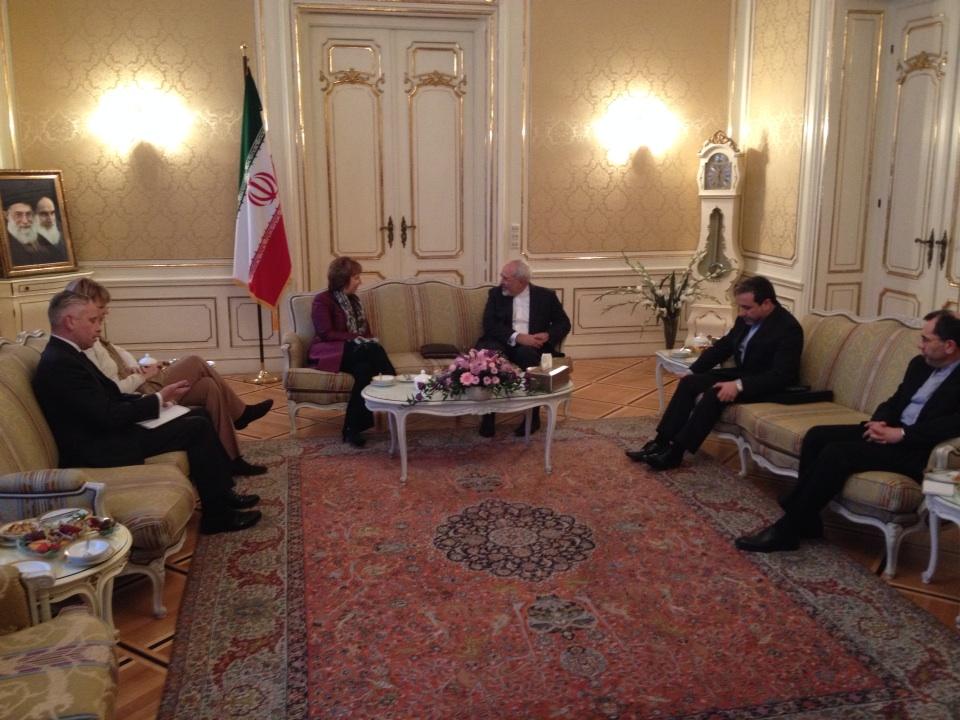 Ending the dispute over Iran’s nuclear program could ease the hostile relationship between Tehran and the West, resolve one of the world’s most urgent security threats and provide a diplomatic triumph for President Obama.

But as negotiators from Iran and six global powers gather in Vienna on Tuesday to begin an intense final week of talks before a Nov. 24 deadline, those prizes appear far off, if not out of reach.

“We will have gaps to close,” a senior administration official said Monday, speaking anonymously under State Department ground rules. “We still do not know if we will be able to do so.”

Obama has put the chances of success at 50% or less. Many officials of the seven countries say the most likely outcome is a deal to continue the talks, maintaining the current uneasy status quo that keeps Iran’s nuclear ambitions in check — but continues to pose a potential danger.

We will have gaps to close. We still do not know if we will be able to do so.- Senior Obama administration official, referring to nuclear talks
Yet a chance remains that negotiators will reach an accord, if only because failure would leave problems they desperately need to resolve.

Iran’s oil-based economy would remain isolated from much of the world and face additional pressure from a global slump in oil prices. The West would risk Iran enriching more uranium and edging closer to bomb-making capability, raising the risk of war.

“There still may be a midnight surprise,” said a Western official, suggesting the group still could announce a comprehensive deal around midnight on the 24th, just as its members announced an interim deal to continue negotiations in the final hours of talks last year. He declined to be identified, citing diplomatic sensitivities.

The United States, Britain, China, France, Germany and Russia have sought to craft a deal that would gradually lift harsh sanctions imposed on Iran by the U.S., Europe and the United Nations Security Council, in exchange for intrusive inspections and other restrictions to prevent Tehran from gaining enough enriched uranium and the know-how to build a bomb.

Iran insists it is interested only in enriching uranium for nuclear power and other peaceful uses, not weapons.

The U.S. and other negotiators seek to extend the time Iran would need to enrich enough uranium for a single bomb, should its leaders choose that path, from a current estimated “breakout” period of six months to a year or more. That, the thinking goes, would give the outside world enough time to recognize the threat and intervene.

Among the ways to stretch that timeline would be to disable or destroy many of Iran’s 19,000 centrifuges, which refine uranium to make it suitable for bomb fuel, or to reduce its stockpile of already-enriched uranium.

The current negotiations began in February amid high hopes in Washington after an interim deal signed by Iran last November limited its enrichment and other nuclear activities while talks continued. But by May, U.S. officials were grousing about “significant gaps” between the two sides, and the Iranians were saying much the same thing.

Still unresolved are the two most sensitive political issues: how to limit Iran’s enrichment operations and how quickly to ease economic sanctions in response.

When talks began, Western officials hoped they would find flexibility in the government of Iranian President Hassan Rouhani. His election in June 2013, after he campaigned as a reformer, seemed likely to strengthen ties between Iran and the West.

Iranian Foreign Minister Mohammad Javad Zarif, by appealing to Western audiences to make concessions, has operated alongside Khamenei in an “elaborate game of good cop, bad cop,” Suzanne Maloney, an Iran specialist at the nonpartisan Brookings Institution, wrote in an analysis last month.

In July, for example, Khamenei jolted negotiations by demanding that world powers agree to accept a tenfold increase in Iran’s centrifuges, and thus its enrichment capability, within seven years.

Chinese officials believe Khamenei hardened his position because he believed the rapid rise of the militant group Islamic State gave him greater leverage over the West, which was stunned by the Sunni Muslim fighters’ swift advances in Iraq and Syria, said a person familiar with Chinese official views.

Khamenei may have the last word even if his negotiators hammer out a deal, killing it as he did a smaller deal worked out in 2009.

Iranian officials, including Rouhani, complained in the Iranian media in recent days that Western negotiators stiffened their demands during meetings last week in Oman.

The Obama administration and pro-deal supporters say this may be the last best chance for a peaceful resolution of the dispute because Rouhani and the reform wing in Tehran will be weaker if talks fail.

Obama faces his own problems. When Republicans take over the Senate in January, thanks to their midterm election victories, he will face increasing skepticism in Congress over any compromises with Tehran.

That will make it more difficult for the White House to block new sanctions or other moves by Congress that could in effect kill a deal that the administration supports.

Moreover, Obama’s successor — Democrat or Republican — may not share his eagerness for a negotiated settlement.

America’s closest allies in the region are watching warily.

The Sunni nation of Saudi Arabia, which also views Shiite Muslim Iran as a determined adversary, fears that any rapprochement between Washington and Tehran will come at its expense in the region. Saudi officials have threatened to build enrichment facilities to match whatever Iran is allowed to retain.

Partly as a result, many Western officials and knowledgeable analysts say, the two sides’ tough positions may be, in part, bargaining theatrics that will vanish in the final hours because both sides so badly need a deal.

A breakdown of talks “doesn’t get them where they need to go,” said Cliff Kupchan, a former State Department official who is chairman of the Eurasia Group risk-consulting firm in Washington.