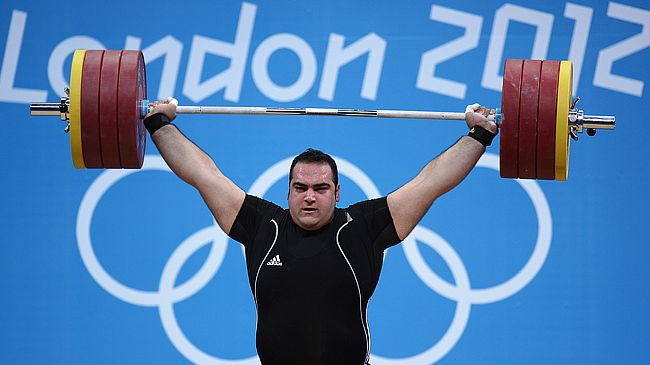 TEHRAN (Tasnim) – Iranian super heavyweight lifter Behdad Salimi said that he is unhappy to win a silver medal in the 2014 World Weightlifting Championships.

On Sunday, the Iranian strongman won a silver medal with a total of 457kg, comprising a 206kg snatch lift and a 251kg clean and jerk.

“I don’t feel good about winning the silver medal. Since 2009, I had won gold medal in every competition I took part and it’s incredible that I could not win a gold medal in Kazakhstan,” Salimi said in the post match news conference.

“After the 2014 Asian Games in Incheon, South Korea, I could not train well and I was not 100 percent fit in the World Championships,” he added.

“I think Roslan Albegov deserved to win the gold and I am sorry I could not win the gold,” 2012 Olympic gold medalist said.