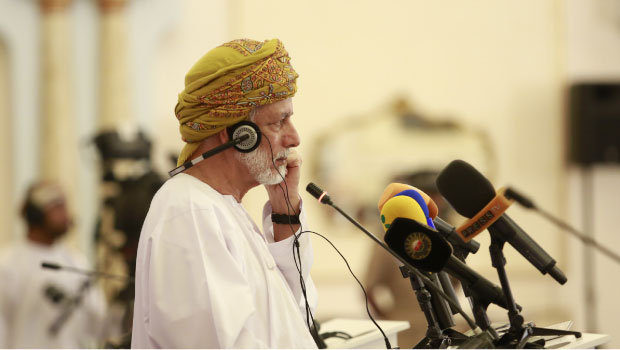 An informed political source told IRNA Sunday night that the Omani top diplomat Bin Alawi’s visit was unofficial and his talks with the Iranian president and with his counterpart were around the regional developments and campaign against extremism and terrorism.

The Sultanate of Oman has ever since the victory of the Islamic Revolution of Iran played a mediating role between Tehran and Washington whose ties were severed shortly after coming to power of the Islamic system in Iran.

The ninth round of Iran-six world powers (The UN Security Council Big 5 plus Germany) nuclear negotiations were held last week in Muscat in the presence of Zarif, his US counterpart John Kerry and the G5+1 coordinator Catherine Ashton for two days, focusing on enrichment and the sanctions.

On the 3rd day, too, the Sextet representatives held talks with Iran on technical aspects of the same issues.

Kerry left Muscat for Beijing to join President Obama who was there for an economic gathering at the end of the 2nd day of the Muscat nuclear talks.