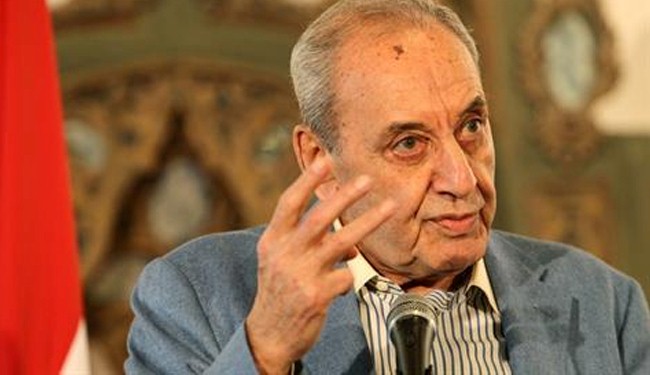 “Beyond doubt these negations will notably affect the entire region,” said Berri in a meeting with the Iranian Ambassador Mohammad Fat’hali.

“Regional countries, including Lebanon, Syria and Iraq will be benefited if the Iran-5+1G nuclear negotiations will lead to an agreement,” he reiterated.

The Lebanese Parliament speaker meanwhile confirmed the need for regional countries’ solidarity in campaign against terrorism and Takfiri extremism.

“The most important strategy in confrontation with the ISIS threat and the other terrorist groups is maintaining and strengthening the relations among the regional countries,” stressed Berri.

The Iranian ambassador in the meeting elaborated on the latest status of the nuclear negotiations and Iran’s stands on the regional developments.