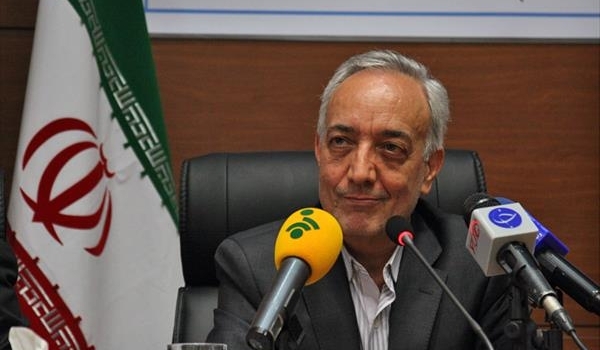 In a meeting in Tehran on Sunday, the two sided emphasized the need for both companies to do their best to remove possible obstacles in the way of promoting mutual cooperation.

Bejjani said in the meeting that his company is ready to enter into talks with Iran as the first contracting insurer in case the sanctions are lifted.

He said the objective behind presence in Iran is to increase the level of interactions and hold constant relations in order to make a sound assessment of the Iranian reinsurance market.

Amin, for his part, underlined the importance of Nasco Company’s presence in Iran, and termed it as a good step for the expansion of international activities of the Iranian insurance industry.

Nasco Insurance Group of France opened its office in Tehran as the European firms are competing for presence in Iran after the Geneva nuclear deal.

Observers believe that receiving license from central insurance to open a liaison office in Iran was the first confidence-building step taken by Iran, urging other companies to follow the suit.

The measure was taken after the European Union (EU) lifted sanctions on several Iranian oil and insurance companies in July.

The names of 14 companies can be seen in the list of the Iranian firms from which the unilateral sanctions have been lifted, namely the National Iranian Oil Company (NIOC), Moallem Insurance Company (insuring ships and oil tankers) and Iran Insurance Company.