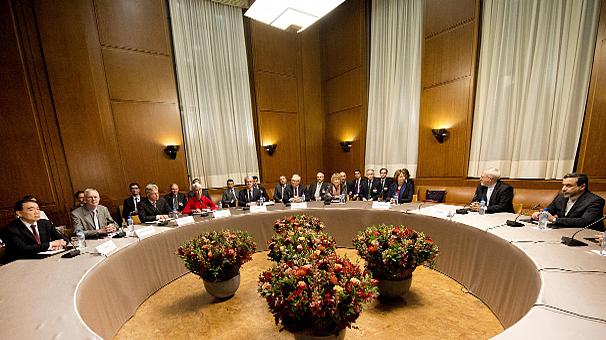 WASHINGTON — When President Obama wrote last month to Iran’s supreme leader, Ayatollah Ali Khamenei, urging him to overcome a decade of mistrust and negotiate a deal limiting Tehran’s nuclear ambitions, it was perhaps the president’s last effort to reach a reconciliation with Iran that could remake the Middle East.

Today, Mr. Obama needs a foreign policy accomplishment more than ever, and he sees time running out on his hope of changing the calculus in a Middle East where Americans are, against his instincts, back on the ground. But the forces arrayed against a deal are formidable — not just Mr. Khamenei and the country’s hard-liners, but newly empowered Republicans, some of his fellow Democrats, and many of the United States’ closest allies.

As negotiators head back to Vienna this week for what they hope will be the final round of talks, Mr. Obama’s top national security advisers put the chance of reaching an agreement this month at 40 to 50 percent. “In the end this is a political decision for the Iranians,” Mr. Obama told a small group of recent visitors to the White House, a statement that could be true for him as well.

Yet even if a deal is struck it will be the beginning of an argument, rather than the end of one. For many of the president’s adversaries, the details of whatever deal he emerges with — how much warning the West would have if Iran raced for a bomb, for example — are almost beside the point.

“In every nation involved, this negotiation is a proxy for something bigger,” argues Robert Litwak, a Wilson Center scholar and author of “Iran’s Nuclear Chess: Calculating America’s Moves.”

“Here it is a test of Obama’s strength and strategy,” he said. “In Tehran it is a proxy for a fundamental choice: whether Iran is going to continue to view itself as a revolutionary state, or whether it’s going to be a normal country,” which so many of its young people yearn for it to become.

So far, Mr. Khamenei has avoided making that choice, intelligence assessments by the United States and its allies conclude. While he has authorized President Hassan Rouhani and his foreign minister, Mohammad Javad Zarif, to negotiate with the United States and its partners, they believe that the supreme leader may decide whether to approve a deal only after his negotiators come home with the details.

That is what happened with a much smaller deal in 2009, which he killed after an agreement was reached in Vienna. And surrounding the ayatollah are hard-liners who have opposed any accord, as well as leaders of the Revolutionary Guards Corps, which is responsible for the military side of the nuclear program.

But Mr. Litwak’s observation about how the deal is a proxy for other issues applies equally to the rest of the key players in the negotiations: Israel, Saudi Arabia, Russia and Western Europe.

Israel’s prime minister, Benjamin Netanyahu, has described Iran as an “existential threat” for so long that it is hard for American officials to imagine any deal Israel would support. For years a succession of Israeli governments have described Iran as just six months or so away from a bomb; last year the Netanyahu government opposed even the modest lifting of sanctions.

In recent weeks Mr. Netanyahu has repeated his warning that “the Islamic State of Iran is not a partner of America, it’s an enemy of America,” and said Israel would not abide by any arrangement that leaves Iran as a “threshold” nuclear state — one poised to build a weapon in a matter of months or years.

Israeli officials play down their influence in Congress on the issue and disagree internally on the merits of a deal; some in the intelligence agencies see advantages to more intrusive inspections in Iran. “We have no formal status and no real capacity” in the talks, said Yuval Steinitz, the strategic affairs minister who has been Israel’s primary point man, apart from the prime minister himself, on Iran. “We can only convince, we can only speak and explain.”

The Saudis have a parallel worry: that any deal with Iran would be the opening wedge to a reordering of American alliances in the region, one in which Washington would begin to work on regional issues with the Shiite Iranian state instead of with Sunni Saudi Arabia.

No one has been more outspoken on the issue than Saudi Arabia’s former intelligence chief, Prince Turki bin Faisal, who in recent weeks has warned that the Saudis will build uranium enrichment facilities to match whatever Iran is allowed to retain — even if the kingdom has no use for them. That has raised the specter of an arms race, even if a deal is struck.

Perhaps the most complex political player is Russia. It has remained a key element of the negotiating team, despite its confrontations with the West over Ukraine. It has been a central player in negotiating what may prove the key to a deal: a plan for Iran to ship much of its low-enriched uranium to Russian territory for conversion into fuel for the Bushehr nuclear power plant.

But Russian officials may want an extension of the talks that keeps any real agreement in limbo — and thus keeps Iranian oil off the market, so that it cannot further depress falling prices.

Apart from Mr. Obama, the most unambiguous proponents of reaching a deal are the European nations, said Mark Fitzpatrick, an Iran nuclear expert at the International Institute for Strategic Studies in London.

Many Europeans feel little threat from Iran, and believe that Israel, with its own unacknowledged but widely known nuclear arsenal, exaggerates the threat of a nuclear-able Tehran. The notable exception are the French, who have publicly argued for tougher terms in the negotiations and say they see their role as to serve, in the words of one Western diplomat, as “a significant counterweight on the impulse of Obama to make concessions.”

But the biggest counterweight to a negotiating success with Iran may be the new Republican majority in the Senate — including some members, like Senator Lindsey Graham, who have argued that Mr. Obama is overly eager for a deal.

Obama administration officials reject the charge and say that though Mr. Obama is hopeful, he would never sign an accord that did not put Iran a year or more away from being able to produce enough fuel for a single bomb. “Whatever we negotiate we will have to sell in Congress, sooner rather than later,” said one of Mr. Obama’s senior strategists, declining to speak on the record because of diplomatic sensitivities.

“And that works to our advantage in the negotiating room, because it means we can say to Zarif,” the Iranian foreign minister, “ ‘Even if we agreed to lifting sanctions early, or letting you keep all your centrifuges in place — and we wouldn’t — Congress would rebel.’ ”

That rebellion has started. When Congress came back into session last week Senator Robert Menendez, the New Jersey Democrat who leads the Senate Foreign Relations Committee, and Senator Mark Kirk of Illinois issued a statement saying that “as co-authors of bipartisan sanctions laws that compelled Iran to the negotiating table, we believe that a good deal will dismantle, not just stall, Iran’s illicit nuclear program and prevent Iran from ever becoming a threshold nuclear state.” They would enact new sanctions “if a potential deal does not achieve these goals.”

It is a view the new Republican majority will back, along with many Democrats. Mr. Obama could always veto new sanctions, but the warnings themselves may make it harder, administration officials fear, to get Iran to reach a final agreement.

Mr. Obama has made clear that in the near term, he would act on his own authority to temporarily suspend sanctions step by step, as the Iranians complied with a deal; a vote to repeal those sanctions might not come for several years. But he confronts that problem only if there is a deal. If not, American officials hint, they will press for another extension of talks — betting that the combination of falling oil prices, the threat of new sanctions, and the possibility of more sabotage or military action will eventually lead to an accord.

Yet Mr. Khamenei, American and European intelligence officials say, may be betting that time is on Iran’s side. They have concluded that the supreme leader believes the recent election has weakened Mr. Obama, and that the talks have already led to an acknowledgment of Iran’s right to enrich uranium on its own soil — at least in small amounts — and an understanding that whenever a final agreement expires, it will be able to have an industrial enrichment ability much as Japan does.

“What the Iranians are looking for is a narrative of victory,” one American diplomat said last week, “a way to say the West backed down, and admitted Iran will be able to produce its own nuclear fuel one day, in unlimited quantity.” What Congress needs, the diplomat said, “is a narrative that Iran was forced to dismantle what it has.”

Satisfying both, he added, “is what makes the politics of this so much harder than the physics of slowing the bomb program.”