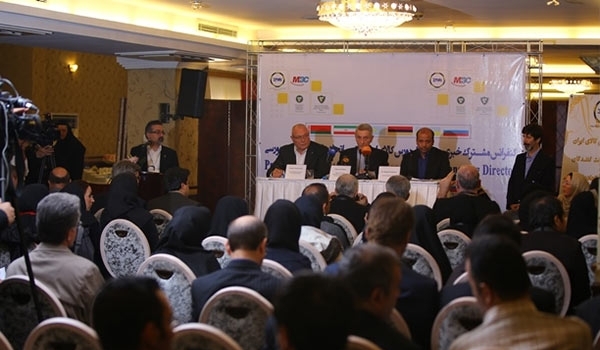 IEU to consolidate cooperation with Iran Mercantile Exchange regardless of sanctions

The IME hosted the 2nd annual meeting of the IEU on November 15-16.

The IEU is an international Union which attempts to connect CIS (Commonwealth of Independent States, a regional organization whose participating countries are former Soviet Republics) and Eastern Europe commodity exchanges. The IEU has requested the membership of the IME in the union.

Speaking to reporters in a press conference in Tehran on the second day of IEU meeting in Tehran on Sunday, Vardikian, who is also the managing-director of Armenia’s Stock Exchange,  played down the effectiveness of sanction on the progressive trend of establishment and reinvigoration of ties between the IME and the IEU, and said, “Incorrect policies have never been supported by any Armenian official, and meantime, the IEU members are not faced any restriction to trade their commodities with Iran, so no government or person can prevent Tehran and international mercantile exchanges to conclude mutual contracts.”

Interexchange Electronic Union is a non-commercial electronic union by the participation of exchanges as legal entities and acts in an electronic infrastructure.