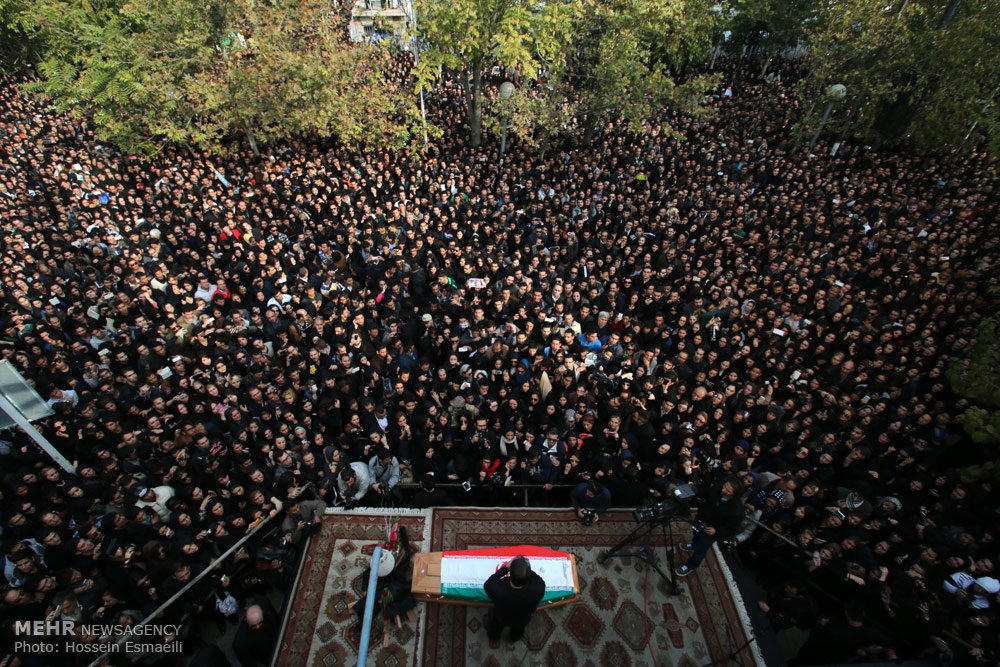 (Reuters) – The funeral of Iranian pop idol Morteza Pashaie on Sunday drew the biggest crowds seen in Iran since mass protests in 2009 rocked the Islamic Republic.

Pashaie, who died on Friday of pancreatic cancer at the age of 30, was a singer-composer who won a big following that crossed Iran’s political and social divides. His music appealed both to Westernized urbanites and the traditionally devout.

Last week, before he died, large crowds of fans poured into the streets of Tehran, holding candle-lit vigils, praying and humming his hit song “One-way Street”, an ode on unrequited love.

His funeral in Tehran on Sunday brought out thousands of Iranians, both supporters of the Islamic government and secular-minded critics, in a rare moment of solidarity in a polarized country.

The crowd grew ever bigger as young fans alerted each other by text, disrupting commuter traffic. Many filmed and broadcast through social media in defiance of security forces present in force.

“It was so overcrowded that some planned services had to be canceled. Repeated pleas for cooperation from Pashaie’s father had no effect,” said the official IRNA news agency.

In a country where Western-inspired entertainment is frowned upon as “un-Islamic”, establishment media tried to give a spiritual spin to Pashaie and his work, showing him in acts of prayer or during pilgrimage.

Music has had a difficult time in Iran since the 1979 Islamic revolution. The clergy have allowed traditional Iranian music to be produced and aired, but many young musicians with taste for such popular genres as rock, rap and hip-hop have been forced to go underground.