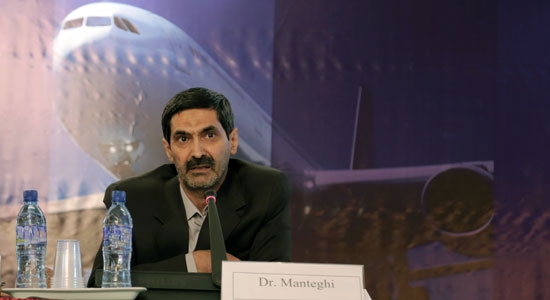 Manuchehr Manteqi who was speaking to the press pointed to holding of the 7th Iranian Air and Aviation Industries exhibition in Kish Island. “The exhibition will focus on 4 areas of product, services, knowledge-based companies and international relations and exports; it is predicted that by 2025, 70 per cent of aircrafts will be operating in trade sector, active in wide range of areas such as surveillance of oil and gas pipelines, environment, etc., and we seek to be active in the field,” he added.

Manteqi also said that public aviation was among the fields the organization deemed worth experimenting with. “Knowledge-based company is also a subject of our attention; in piston engine area, we contracted to the private sector some projects, and if they show more preparation, we would contract turbine projects as well; the exhibition will also display attempts a sort of hyper market in aviation, while the field requires several trial and errors,” said the organization’s head.

“For doing these trial and errors, the project of laboratory network gains importance; to create a network for sharing of experiences. Our extent 33 Science and Technology Parks create a network, thus receiving projects,” said Manteqi. “We also will seek international participation in aviation services; the exhibition will provide a ground for boosting exports and we will work on to improve automotive industry exports,” he added.

“About 27 knowledge-based companies are active in the country and additional 500 others would be eligible to enter the field; 10 per cent of the companies will participate in the exhibition in Kish Island,” Manteqi held. “The Organization has been awarded the international certificate of designing  20-Class planes and has entered cooperation to manufacture heavier planes as well,” said he, and that “drones will made their debut appearance in the exhibition as a subject, while in the past 90 per cent of the subjects had been defensive in nature; we project developing planes above 20 tons of weight with participation of other countries; currently, the Organization designs 2-6 passenger planes, and in developing 150-passenger planes, we are still in concept design phase,” he asserted, expressing hopes that the private sector would participate in the projects to develop and manufacture more advanced planes.