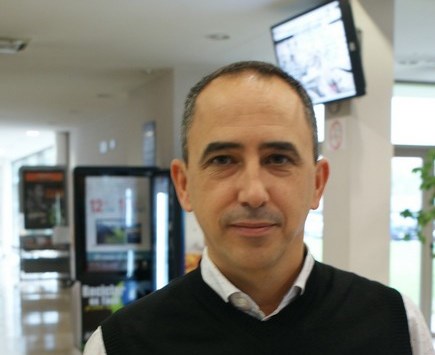 Speaking on the sideline of a seminar titled ‘Cinema and Iranian Film’ at Complutense University in Madrid, Manuel Gertrudix said this is due to the great importance of Iranian music.

“By studying and analyzing Iranian cinema it can be concluded that the country has a long-standing history in movie industry and high capabilities particularly in the field of traditional music.”

Iranian traditional music and its special characteristics are still unknown to Western countries and film industry, he noted.

Gertrudix said a number of the features of traditional Iranian music pertain to the natural characteristics of Iranian people and the elements of their everyday life.

He maintained that traditional Iranian music presents a different view.

“In this seminar, we tried to show the great variety of musical views, symbols and instruments. I believe that in today’s world it is really interesting to know other cultures, particularly that of Iran. Iranian cinema provides us with an opportunity to know other types of human relations, conversations and human understanding of the universe.”

“One of the outstanding characteristics of Iranian cinema is that directors use onomatopoeia and natural sounds including that of rain, birds, people and steps in their films.”