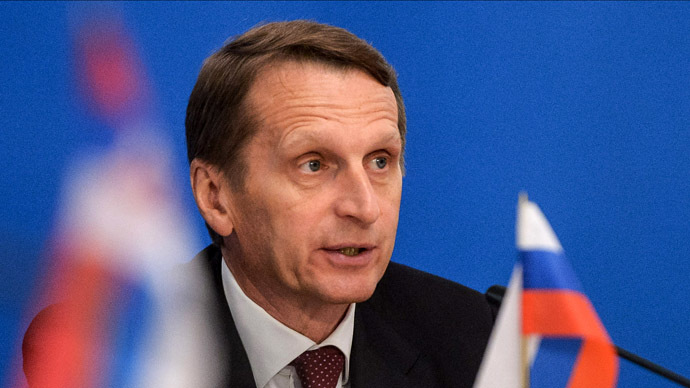 Russian Duma speaker to arrive in Tehran on Sunday

Moscow, Nov 14, IRNA – Russian Duma Speaker Sergei Naryshkin will arrive in Tehran on Sunday November 16 at the head of a parliamentary delegation.

Naryshkin’s two-day visit of Tehran will be at an invitation extended to him by the Iranian Parliament Speaker Ali Larijani.

During his visit, the Russian Duma Speaker will have some meetings with senior Iranian officials, including the influential Chairman of Expediency Council Ayatollah Akbar Hashemi Rafsanjani.

During the recent months, the visits by the two countries’ officials to each other’s capital cities have increased noticeably and many major economic projects, including one on construction of six new nuclear reactors in Iran, have been signed between the two countries.

The secretary of the Russian National Security Council visited Iran in early November, the Russian vice president for scientific and technological affairs visited Iran last week and the head of the Atomic Energy Organization of Iran visited Moscow two weeks ago, among the other Iranian and Russian officials.