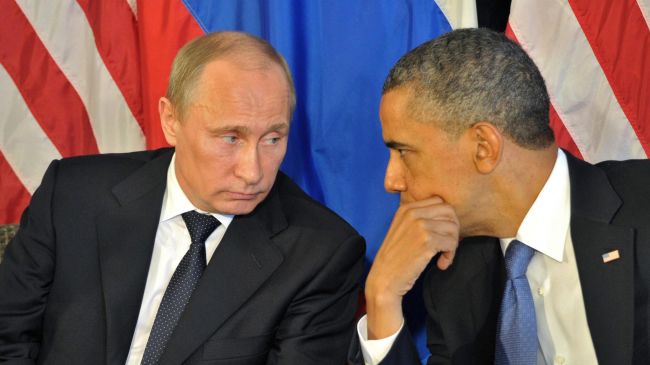 Has Russia reached the limit of its diplomatic tolerance of the US and its NATO allies? The announcement this week that Moscow is to begin deploying long-range bombers in the Gulf of Mexico – America’s ownbackyard – suggests so.

The move may seem like a reckless ratcheting up of tensions between the old Cold War rivals. The Tupolev Russian strategic bombers in question are nuclear-capable, and as expected the decision to patrol the Caribbean seas sparked a stern response from Washington, warning Moscow of risks.

But the first point to note is that Russia is not doing anything illegal. It has a legal right to fly its warplanes in any
international airspace it chooses, as do all nations, to perform training maneuvers.

Even Washington officials have begrudgingly acknowledged Russia’s legal right to do so. The Christian Science Monitor quoted Pentagon spokesman Col. Steve Warren as saying, “Russia has a right to fly in international airspace”.

However, we can be sure that the hawks in Washington will be fuming at what they see as Vladimir Putin’s “audacity” to order warplanes within striking distance of the US. For the de facto American War Party of Republicans and Democrats, the latest Russian move confirms their accusations that President Putin is trying to flex “Soviet-era muscles”. Or, as American NATO commander General Philip Breedlove put it, Russia “is messaging us that they are a great power”.

That’s typical arrogant mis-reading by Washington of the situation. This is not Putin trying to be provocative or flaunting expansionist ambitions. It is simply Russia giving a taste of American medicine back and in language that the arrogant warmongers in Washington will understand.

Since the fall of the Soviet Union in 1991, the US-led NATO military alliance has embarked on a relentless campaign of encircling Russia. In complete defiance of binding agreements, such as the 1997 Founding
Act between NATO and Russia, the American military alliance has encroached on Russian borders with warplanes, warships, missiles and troops. It is Washington that is on an expansionist threatening drive, not Russia.

The destabilization earlier this year of former Soviet republic Ukraine to install an illegal, anti-Russian regime that is massacring the ethnic Russian population in the east of that country – in spite of a putative ceasefire – is seen by Moscow as a red line.

Washington has sent military aid to the regime in Kiev and is to step up its training of neo-Nazi brigades that have been involved in crimes against humanity on the people of Donetsk and Luhansk; simply because these people refuse to recognize the illegal regime-change operation in their country.

Latest reports this week say that the Kiev regime is preparing to escalate its military assault on the eastern regions in violation of a ceasefire it signed up to on September 5. Last week, its forces deliberately shelled a school in Donetsk city killing two teenage students. This was just the latest in a long list of such crimes committed by the Western-backed regime since it launched its offensive back in April.

That offensive followed days after CIA director John Brennan secretly visited Kiev and had behind-closed-door meetings with the regime’s leadership, including the so-called Prime Minister Arseniy Yatsenyuk. Yatsenyuk has referred to the Russian-speaking population in the eastern regions as “sub-humans” who need to be “cleansed”. After nearly seven months of Western-backed state terrorism by Kiev forces, more than 4,000 people have been killed and up to one million turned into refugees.

Yet in the face of this aggression, Washington and its NATO allies in Europe continually turn reality on its head and accuse Russia of fuelling the conflict, slapping on punitive trade sanctions to boot.

With the servile help of the Western corporate news media, Washington, its European lackeys and their stooge regime in Kiev shamelessly invent stories of Russian military forces invading Ukraine. Images of army convoys are played over and over again without verifiable dates or locations. Based on NATO say-so and outrageous double think, Russia has allegedly violated Ukrainian sovereignty.

This week, Russian foreign ministry spokesman Alexander Lukashevich again reiterated Moscow’s denial that it has sent troops or military equipment into eastern Ukraine. He said of the latest NATO claims: “Instead of giving the facts, all they have to present is unfounded accusations. It would be far better to ask the [Western] officials who make such statements in order to fan tensions and justify their actions.”

Russian ministry of defence spokesman Igor Konashenkov was even more blunt. He said: “We have already stopped paying attention to unfounded statements by NATO’s Supreme Allied Commander in Europe General Philip Breedlove about his ‘seeing’ Russian military columns that are allegedly invading Ukraine.”

It seems as if Moscow has finally got tired of dealing with idiotic Americans and their European puppets through normal diplomatic discourse. Putin may have met Obama briefly at the Asia-Pacific Economic Cooperation summit last week and during the G20 gathering this weekend in Australia, but it has been reported that the Russian leader no longer takes phone calls from his counterpart in the White House – much to Obama’s chagrin.

When up against an irrational, arrogant bully, the only language he understands is in-your-face force.

Russia is right to put warplanes on patrol near US airspace. After all, American warplanes have been doing just the same towards Russia or years. Only the arrogant, exceptional nation thinks it has the right to do so without consequences. And no amount of diplomatic reasoning will ever prevail on such an arrogant monster.

Put it another way, to keep pandering with futile diplomacy and to not reciprocate the show of force with Washington and its minions would be the really reckless option. You don’t encourage a bully. Instead, you have to square up and push back.