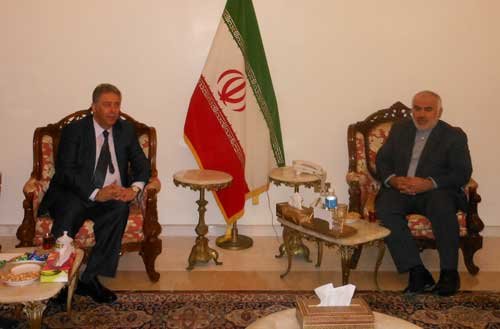 TEHRAN, Nov. 15 (MNA) – During a meeting with his Palestinian counterpart, Iranian ambassador to Lebanon examined the latest developments in Palestine and condemned the attacks on Al-Aqsa Mosque.

Examining the latest developments in Palestine, he condemned the Zionist regime’s attacks on Al-Aqsa Mosque.

At this meeting, the two sides stressed the importance of standing up against the Zionist projects as to illegal settlements and division of Al-Aqsa Mosque.

Palestine’s ambassador praised Islamic Republic’s permanent commitment to the Palestinian issue and its vital role in the recent victory of the resistance movement in Gaza and called for the promotion of bilateral relations.