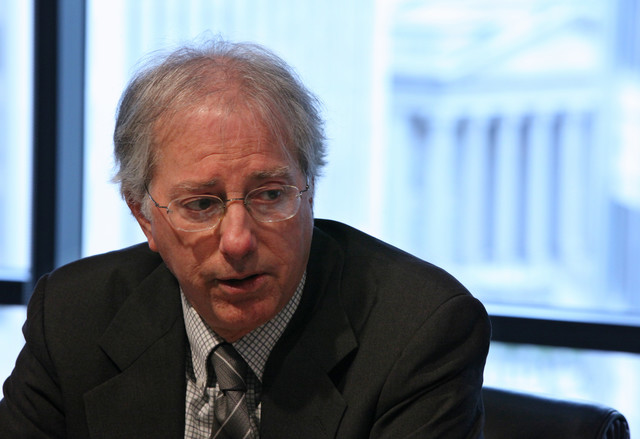 “We’re likely to have an extension” of the current interim deal, Dennis Ross said yesterday at Bloomberg’s “The Year Ahead: 2015” conference in Washington. “There’s some, I think, potential for a breakthrough by the 24th, but there’s not enough time to take that and turn it into a detailed arrangement.”

“So even if you get some kind of a breakthrough, you’re still going to have an extension of the existing agreement, and if you don’t get it, what you are probably going to hear is both sides will say we’ve made enough progress that it justifies continuing,” said Ross, who’s now counselor at the Washington Institute for Near East Policy, a policy research group.

His comments came days after an unsuccessful round of talks among U.S. Secretary of State John Kerry, former European Union foreign policy chief Catherine Ashton and Iranian Foreign Minister Mohammad Javad Zarif in the Omani capital of Muscat. Diplomats said those talks failed to make headway toward resolving the differences that stand in the way of a deal, including the extent of permitted uranium enrichment activity and the timing for lifting EU, United Nations and U.S. economic sanctions on Iran.

The next round of negotiations is scheduled to begin in Vienna Nov. 18, with foreign ministers from the P5+1 nations expected to participate later in the week as the deadline nears. Those nations are the five United Nations Security Council permanent members — China, France, Russia, the U.K. and the U.S., plus Germany.

Ross said that a deal with Iran would have regional implications, particularly with Sunni regional powers that consider Shiite Iran their enemy with its influence in Syria, Iraq and Lebanon.

“If we do a deal with the Iranians, it heightens the suspicion all the Sunnis — the Saudis, the Emiraties, the Kuwaitis, the Jordanians,” he said. “These are all the actors you’re going to need, along with the Sunni tribes” to discredit and defeat Islamic state, he added.

If the U.S. does a nuclear deal with Iran “then you’re going to have to compensate in some respect” to reassure the Sunnis, such as doing more against the Iranian-backed Assad regime in Syria, he said.