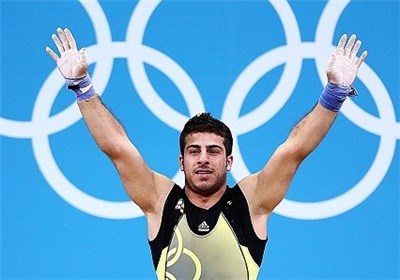 I want to win gold in Rio, Kianoush Rostami says

TEHRAN (Tasnim) – Kianoush Rostami said that he is going to win a gold medal in the 2016 Olympics in Rio de Janeiro.

The Iranian lifter claimed a gold medal at the men’s 85kg class at the World Weightlifting Championships on Thursday.

Rostami lifted 178kg in the snatch and 213kg in the clean and jerk for a winning total of 391 kg.

His performance in the snatch broke Iran’s record of 176kg set by Sohrab Moradi.

“I could break the world record in the clean and jerk. I don’t know why I could not to lift that,” London 2012 bronze medalists added.