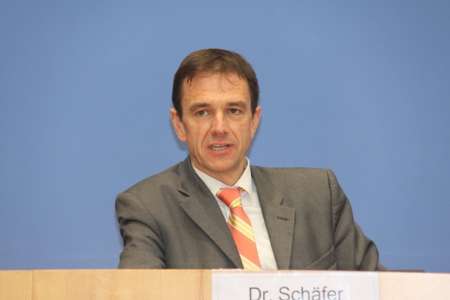 Berlin, Nov 14, IRNA — The German government is no longer ruling out the possibility that the ongoing Iran nuclear talks could be extended beyond the November 24 deadline, a foreign ministry official said here Friday.

Foreign ministry spokesman Martin Schaefer told the press that the target date for a nuclear deal was still November 24 but he would not rule out extending the negotiations.

He warned though that prolonging the Iran nuclear talks would not necessarily mean that it would be any easier to reach an accord at a later date as there would be international pressure on all sides in the negotiations to come to an agreement.

Schaefer reiterated his government would do its utmost to seal a deal by November 24, saying the latest round of talks — including the ones that were held in Oman — were ‘rather constructive.’

He expressed hope that the existing differences in the negotiations between the six world powers (the US, Russia, China, Britain, France plus Germany) and Iran could be overcome.