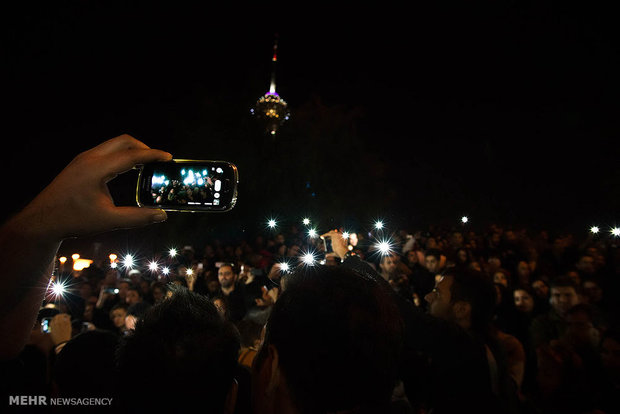 Fans gather across Iran after death of singer Morteza Pashaei

Thousands of fans gathered to mourn the death of Iranian pop singer Morteza Pashaei in several large cities, according to IRNA, which also reports “isolated conflicts” with the police and some arrests as a result of these gatherings.

Morteza Pashaei, a popular singer, died on Friday November 14 in Bahman Hospital at the age of 30 after a long battle with gastrointestinal cancer.

Reports indicate that his fans gathered on the streets of several cities on Friday night with candles in hand and together sang a number of his songs.

Meanwhile, the Mehr News Agency reports that the manager and family of Morteza Pashaei have issued a statement stressing that the family of the young singer are “devout followers of the Supreme Leader, Islam and spirituality”.

The report quotes Pashayi’s father saying: “We are very sorry that our feeling have been taken advantage of by some people to create conflict. We know that the real fans of my son are not out to make any trouble.”

Gatherings have been reported in Qom, Shiraz, Isfahan, Hamedan, Kermanshah, Qazvin, Ahwaz, Zanjan, Yazd and Semnan as well as the capital and they have been organized through internet announcements.

Morteza Pashaei will be laid to rest on Sunday in a ceremony in Beheshte Zahra Cemetery in Tehran.