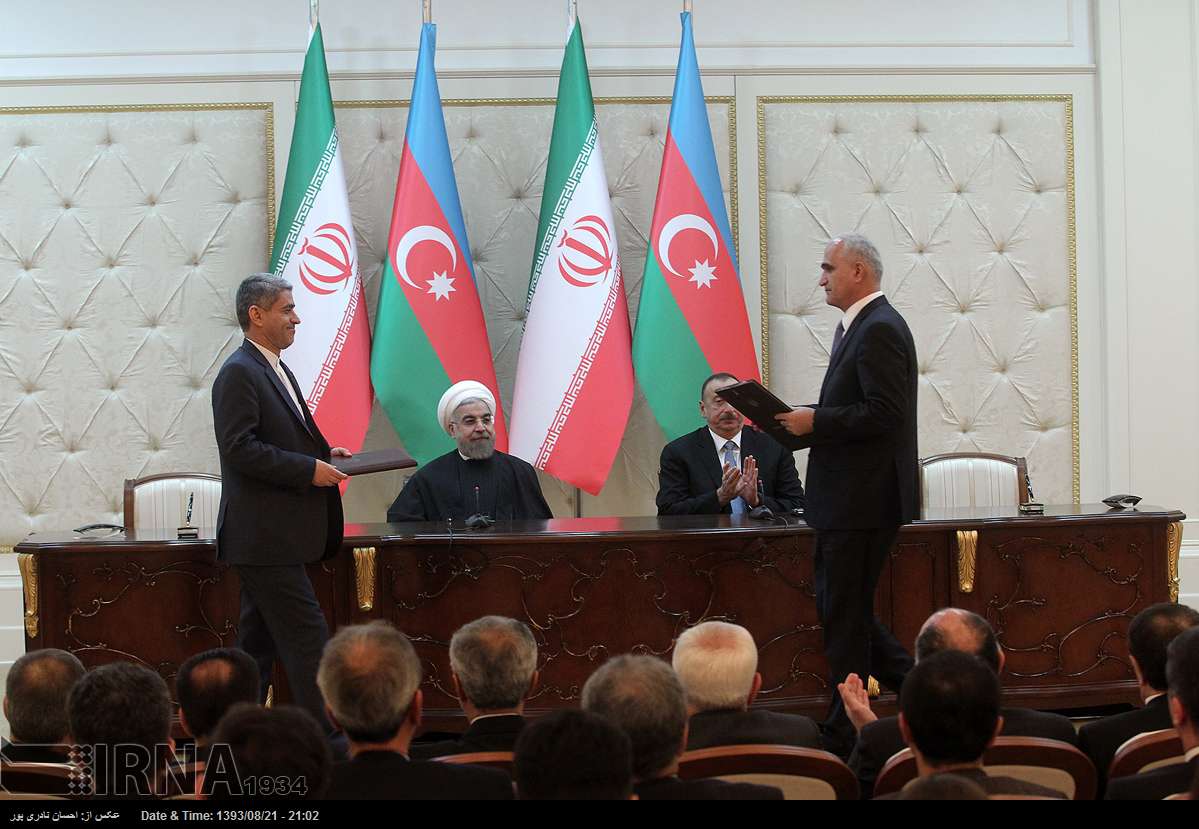 TEHRAN (Tasnim) – During Iranian President Hassan Rouhani’s visit to the Republic of Azerbaijan, the two countries signed 5 agreements and memorandums of understanding.

High-ranking Iranian and Azeri officials signed the deals in a ceremony in Baku in the presence of President Rouhani and his Azeri counterpart Ilham Aliyev on Wednesday.

The agreements feature economic cooperation, as well as collaborations on information technology and communications, post, and renewable energies, and regulation of shared border rivers.
The Iranian President began a trip to the Republic of Azerbaijan on Wednesday aimed at strengthening Tehran-Baku ties and bolstering Iran’s interaction with Caucasus, the region he described as the gateway to Europe.

Back in April this year, Aliyev paid a visit to Tehran to consult with senior Iranian officials on bilateral and regional issues and enhancement of mutual relations.

High-ranking officials from the two countries signed three memoranda of understanding and a cooperation agreement during his visit to Iran at the time.

Trade volume between the two countries amounted to $281.03 million in 2013, more than 6 percent higher than the year before.