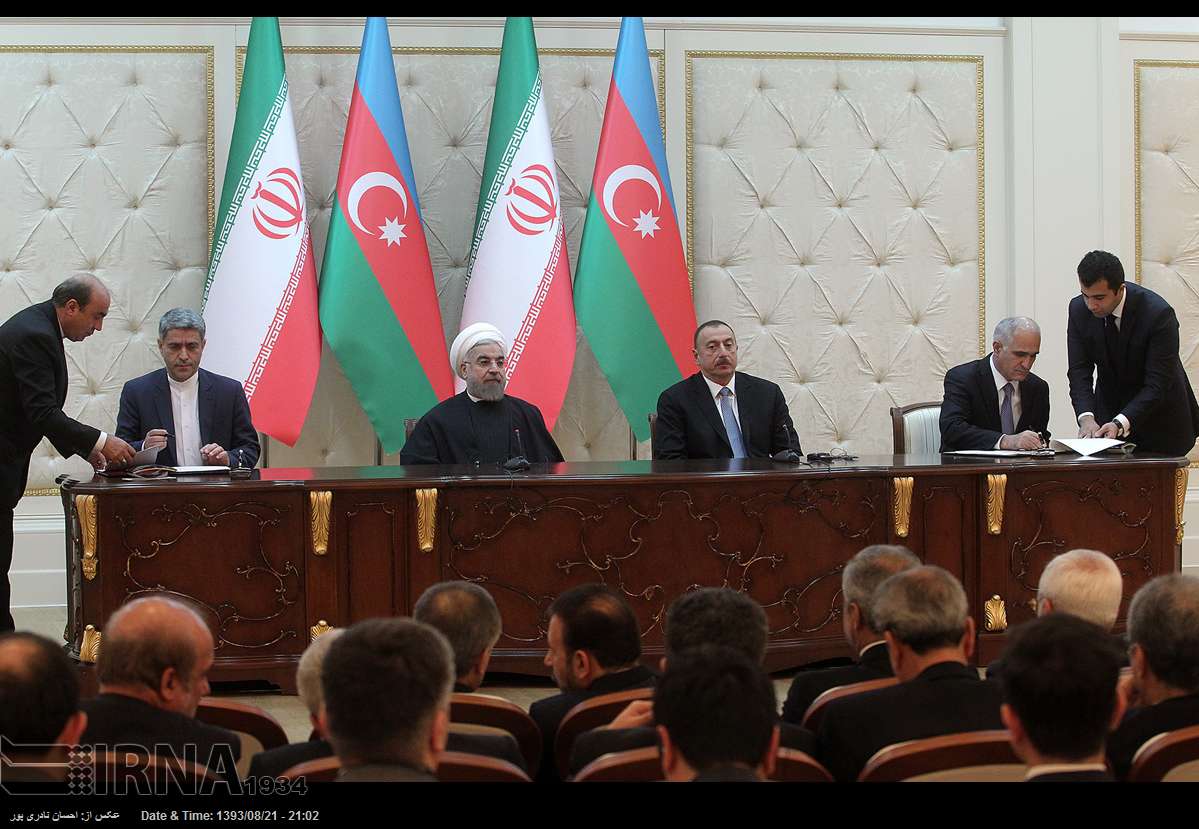 Tehran, Nov 13, IRNA – President Hassan Rouhani said here on Thursday that Azerbaijan is a proper route for transfer of Iranian commodities to Russia.

Talking to reporters after returning home from a two-day visit to Azerbaijan, he expressed his satisfaction with the growing trend of Tehran-Baku ties.

He said the two sides discussed avenues to bolster bilateral ties as well as the ongoing developments in the region and around the world.

President Rouhani added that further expansion of mutual relations in political, trade, economic, cultural and humanitarian arenas were stressed by the two.

He called for removing the existing investments restrictions in, saying such a move will enhance the level of mutual economic relations.

President Rouhani wrapped up his two-day official visit to Azerbaijan and returned home this morning.

Rouhani arrived in Baku on Wednesday to review issues of mutual interest with senior Azeri officials including his counterpart Elham Aliyev.