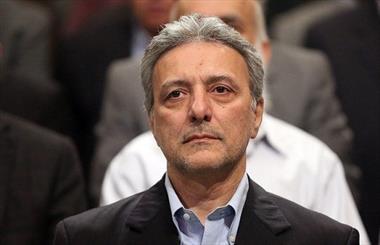 TEHRAN, Nov. 11 (MNA) – The current Chancellor of the University of Tehran has said the university has in its agenda extension of student exchange programs with world prestigious universities.

Mahmoud Nili Ahmadabadi who was speaking to reporters in a press conference on Tuesday evening in the university’s main administrative office, detailed about the programs of general assembly of Asia-Pacific universities union conference to be held in the University of Tehran on November 14-17.

“In the 80th anniversary of establishment of the University of Tehran, we have put in the agenda international development of the university; one of the effective paths to this is membership in world-renowned universities unions. In the past, it has been member of International Association of Universities (IAU), and with the establishment of the Asia and Oceania Universities Union, we were accepted as a member as well,” said Nili Ahmadabadi, “The University of Tehran welcomed hosting such a conference, which however, had not been realized for some technicalities; after a visit by the Union’s representatives and coordination made in sessions with them, it was agreed that we host the conference,” he added.

The Chancellor believed that such conferences would help University to improve its relations with world universities in terms of professor and student exchange and joint project programs. “The Chancellorship of the university is a member of executive board and its international deputy is a member of the treasury of the union; we seek and are willing to join country’s other notable universities to the union as well, which would include Isfahan, Shiraz, Amir Kabir, Sharif, Tehran Medical College, Islamic Azad, and Al-Mostafa universities, whose heads will attend the conference as invited guests,” Nili Ahmadabadi told the press.

“Hosting such a conference is an indication of country’s success in diplomacy of science with the world; it also reveals how universities would come to help the government through this diplomacy,” emphasized the Chancellor, “50 Union members will also attend the conference from universities of China, Indonesia, Malaysia, Thailand, India and Turkey,” he said.