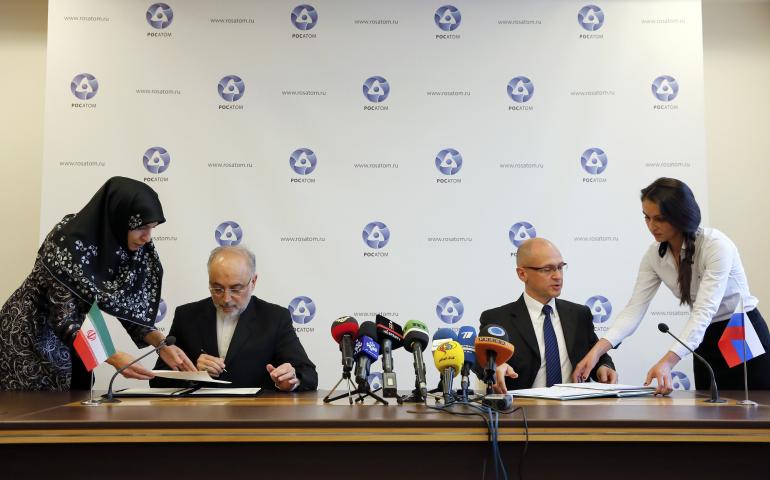 Russia has agreed to build eight new nuclear reactors in Iran in a deal raising eyebrows in Washington and Europe as fraught international talks to curb Tehran’s atomic ambitions near their deadline.

Meeting in Moscow on Tuesday, Iranian and Russian officials said they had negotiated terms for the construction by Russia’s state nuclear power company Rosatom of four new reactors at the Islamic republic’s existing Russian-built Bushehr facility, and four more at another site in the country.

Iranian negotiators and counterparts from the P5+1 – the five permanent members of the UN Security Council and Germany – are set to meet next week in Vienna to begin the final bout of talks aimed at ending crippling international sanctions against the Islamic republic in exchange for permanent limits to its uranium enrichment activities.

Speaking in Berlin, German foreign minister Frank-Walter Steinmeier warned that the talks were at a “make-or-break moment,” and if no agreement was achievable by the November 24 deadline, it could be at least two years before they could meaningfully resume.