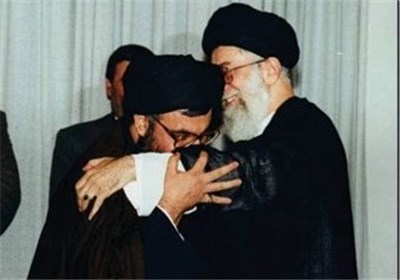 TEHRAN (Tasnim) – A Lebanese newspaper on Wednesday published parts of a message by Supreme Leader of the Islamic Revolution Ayatollah Seyed Ali Khamenei to Hezbollah Secretary General Seyed Hassan Nasrallah in the middle of an Israeli war against Lebanon back in 2006.

In his book, the MP has revealed a verbal message by Ayatollah Khamenei to Nasrallah in 2006, when an Israeli war against Hezbollah had reached its climax.

The urgent message had been purportedly passed on by the high-ranking commander of the Islamic Revolution Guards Corps (IRGC), Major General Qassem Soleimani, on the 10th day of the conflict, known as the 33-day war.

In the message, Ayatollah Khamenei had predicted an ultimate victory for Hezbollah resistance movement in confrontation with the Israeli enemy.

The Supreme Leader also announced that the Tel Aviv regime had planned to open a military strike on Hezbollah no sooner than the autumn of 2006.

According to the Leader, Israel had intended to attack Hezbollah in southern Lebanon, with or without coordination with the US, in a surprise attack.

In an aerial blitz, Israel wanted to hit multiple targets in a few hours and then begin a ground invasion to occupy parts of southern Lebanon, raid Hezbollah’s positions in different cities and completely destroy Hezbollah, the Leader had announced in the message, the paper said.

Ayatollah Khamenei had also made it clear that Hezbollah’s move to capture two Israeli soldiers in July 2006 totally defused Tel Aviv’s plot for a surprise attack and pushed the Israeli forces to advance the assault.

The 2006 Israeli war, known in Lebanon as the July War, was a 33-day military conflict in Lebanon and the Golan Heights.

The conflict started in July 2006, and continued until a UN-brokered ceasefire went into effect in the morning on 14 August 2006, though it formally ended on 8 September 2006 when Israel lifted its naval blockade of Lebanon.