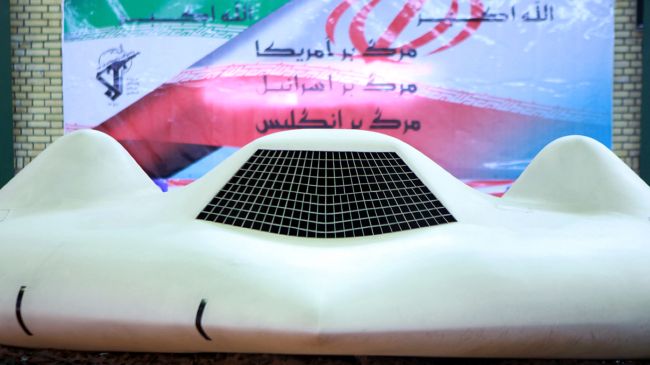 Flight footage of Iranian version of US drone released

The RQ-170 Sentinel stealth aircraft was downed by Iran’s armed forces in the east of the country on December 4, 2011.

The footage of the Iranian version of a US drone which was brought down some three years ago and later reverse-engineered by Iranian experts has been released.

Iran recently put into operation a final version of the sophisticated US RQ-170 stealth aircraft, which was downed with minimal damage by the Iranian Armed Forces’ electronic warfare unit in December, 2011, while flying over the Iranian city of Kashmar, some 225 kilometers (140 miles) from the Afghan border.

The domestically produced version of the unmanned aerial vehicle (UAV) made a successful maiden flight a few days ago the footage of which has just been released.

At the time when the American drone was captured, US military officials tried to play the incident down, saying Iran did not have the technology to decipher the data stored on the UAV. However, the aircraft was successfully reverse-engineered by IRGC experts in about two years.

In May, the Islamic Republic unveiled a copy of the American UAV originally designed and developed by the Lockheed Martin Company.

The drone is one of the United States’ most advanced spy aircraft and its loss is considered a major embarrassment for Washington.