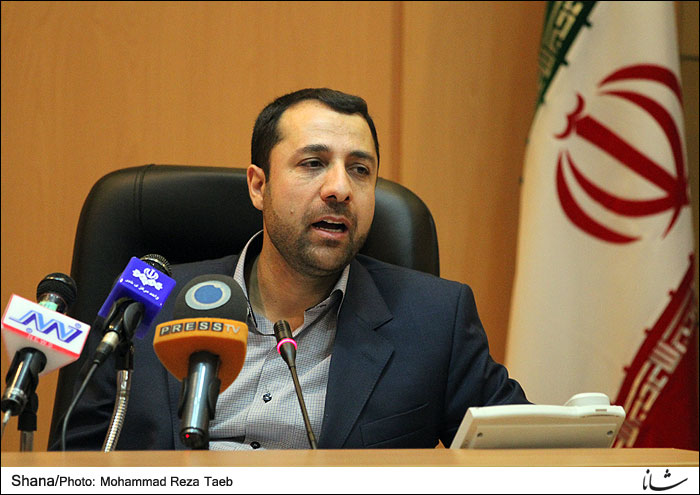 Visiting Shana booth at Iran’s ongoing annual festival of newspapers and news agencies in Tehran, Salehabadi said: “Today morning I signed a document that allows a European applicant to invest as much as 20 million dollars in Tehran’s bourse.”
He further said that the volume of transactions in bourse has reached an acceptable level of 4,000 to 5,000 billion rials adding the figure will climb further when oil refineries enter the bourse.
“The number of transactions has exceeded 100 thousand which is satisfactory”, he told Shana.
Salehabadi noted that easing sanctions has persuaded many foreign investors to start getting permissions for investment in Iran.
Elsewhere in his remarks, he said Iran’s Mercantile Exchange (IME) has joined a bourse union comprising mercantile exchange of Central Asian countries.
He added the union is holding a meeting in Tehran on Saturday adding the union deals with electronic transactions so that customers in Iran will be able to buy a commodity that has been offered in one of the bourses of five Central Asian countries and vice versa.