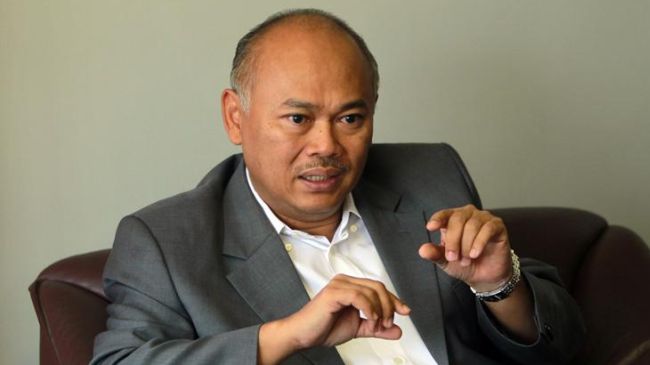 TEHRAN (FNA)- Indonesian Ambassador to Tehran Dian Wirengjurit announced that his country and Iran are making their all-out efforts to combat extremism and terrorism in the region.

The Indonesian ambassador made the remarks in a meeting with Deputy Head of Iran’s Islamic Culture and Relations Organization Seyed Mohammad Hossein Hashemi in Tehran on Wednesday.

Wirengjurit reiterated that Indonesia and Iran play a crucial role in the war on terrorism in the region, and said that the two countries are closely cooperating to fight against the foreign-backed terrorists in the region.

He pointed to the need for the further expansion of cultural cooperation between Tehan and Jakarta, and said that some people in his country do not have a clear understanding of Shiism and Shiites, particularly the Iranians.

“To be honest, some people have misunderstandings and wrong information about Iran and Shiism due to false propaganda,” Wirengjurit said.

Hashemi, for his part, said that Iran is willing to expand relations with moderate countries like Indonesia in view of the poisonous atmosphere created by the radical groups in the Muslim world.

Iranian and Indonesian officials on different occasions have underlined the need for eradication of violence and extremism around the world.

In March, Iranian Foreign Minister Mohammad Javad Zarif and his Indonesian counterpart Marty Natalegawa extended their full support for international efforts aimed at the dismantlement of atomic weapons, eradication of violence and violation of human rights around the world.

During a meeting between Zarif and Natalegawa in Jakarta, the two top diplomats discussed the outstanding regional and international issues, and called for closer ties between Tehran and Jakarta to prepare the ground for nuclear disarmament, creating nuclear-weapons-free zones, countering threats and coercion as well as following up on the “World Against Violence and Extremism (WAVE)” initiative, which has been unanimously endorsed as a UN resolution.

On December 18, the UN General Assembly overwhelmingly voted to approve Iranian President Hassan Rouhani’s WAVE proposal, which calls on all nations across the globe to denounce violence and extremism. The Iranian president had made the proposal in his address to the UN Disarmament Conference in New York on September 25.