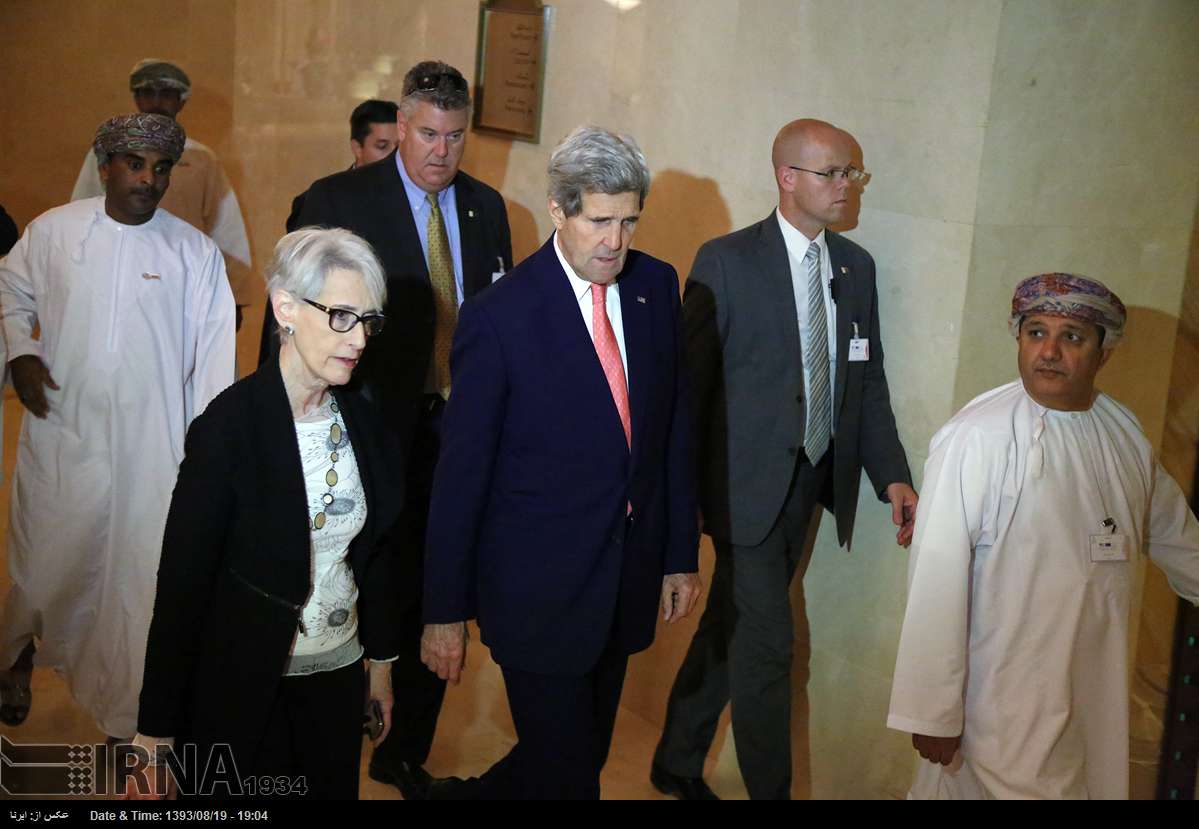 BEIJING (AP) — Two days of tough talks to limit Iran’s nuclear program failed Monday to make major headway toward a final deal -a foreboding sign for years of negotiations that are set to expire in less than two weeks.

U.S. officials resisted describing how much – or how little – progress was made during the high-level discussions in Oman among Secretary of State John Kerry, European Union policy adviser Catherine Ashton and Iranian Foreign Minister Javad Zarif.

But they said concerns remain about what Kerry described before the meetings as “real gaps” between world powers and Tehran, despite grueling hours spent trying to clear the path for an agreement.

The Oman talks were widely seen as a sort of predictor for the outcome Nov. 24, when the negotiations expire. Two senior State Department officials traveling with Kerry described the meetings as “tough, direct and serious” but still held out hope that a deal could be secured.

If so, it would mark an unprecedented victory after a generation of mutual distrust and between the Islamic Republic and much of the rest of the world. A final agreement could quell Mideast fears about Tehran’s ability to build a nuclear bomb, and revitalize a shaky Iranian economy that has been has wounded by harsh Western sanctions.

But the two sides are not yet there.

One of the State Department officials said it’s “self-evident” there’s still work to be done before a compromise can be reached. The officials noted that Kerry extended his stay in Oman by several hours to continue the discussions. “I’m not indicating that progress was made in any way,” the official said.

Kerry headed out to Beijing, to join President Barack Obama and National Security Adviser Susan Rice at the annual Asia-Pacific Economic Cooperation summit Tuesday afternoon. The State Department officials said Kerry plans to brief Obama and Rice about the discussions in Oman. “A lot will be determined there, in terms of next steps for us,” the second State Department official told reporters traveling with Kerry.

Both officials spoke on condition of anonymity because they were not authorized to be identified while briefing reporters.

Iranian negotiators remained in Muscat, the Omani capital, where lower-level meetings were expected to continue Tuesday with officials from Britain, China, France, Germany, Russia, the U.S and the EU. All teams will meet again Nov. 18 in Vienna for a days-long, last-ditch attempt to clench an agreement.

A potential agreement would ease Western sanctions against Iran’s economy if Tehran agrees to limit its uranium enrichment to a level that would make it unable to build nuclear weapons. It would also have to provide international inspectors full access – with verifiable assurances that they are seeing the total picture- to its nuclear facilities.

Iran wants sanctions lifted immediately after an agreement is struck, which may be impossible since Congress would have to agree to eliminate the U.S. penalties against Tehran’s oil and financial markets. It’s more likely the sanctions would be eased, as Obama has the authority to do.

The West also has demanded Iran limit its ability to enrich uranium, which in large amounts is used in nuclear weapons. Iran has maintained that its nuclear activities are purely peaceful, and necessary to fuel medical and energy demands.

But for years, Iran hid some of its nuclear facilities and blocked inspector’s access to others, raising widespread alarms about its intentions. The sanctions – imposed by the U.S., EU and the U.N. Security Council – aimed to punish Tehran for its covert nuclear program.

Israel remains bitterly skeptical about Iran’s intentions, and the negotiations have strained relations between the Obama administration and Washington’s closest Mideast ally.

Citing reports that a deal is close at hand, Israeli Prime Minister Benjamin Netanyahu on Monday announced he would ask the negotiators’ top diplomats to resist any agreement that would allow Iran to become a nuclear power.