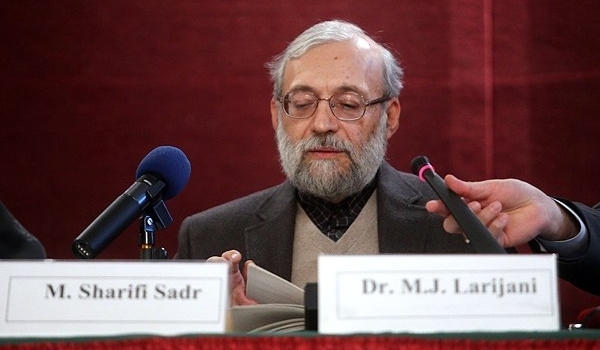 TEHRAN (FNA)- Secretary of Iran’s Human Rights Council Mohammad Javad Larijani underlined the need for the participation of all countries in the preparation of human rights criteria entailing all cultures.

“Human rights and human dignity belong to all human beings and for the same reason we should have multicultural human rights and all countries should cooperate to produce new contents for the issues related to this,” Larijani said, addressing a meeting with ambassadors and representatives of the developing countries in Tehran on Monday.

Larijani pointed to the participation of Iran’s high-ranking human rights delegation in the 20th Meeting of the Periodic Review (UPR) on human rights in Geneva, and said, “The western countries are trying to disrupt the UPR mechanism because for the first time they have been put in a situation that other countries can easily criticize their human rights misbehavior and this is not favorable to them at all.”

He also referred to Iran’s opposition to the presence of the UN Special Rapporteur for Human Rights, Ahmad Shaheed, in Iran and said, “How can we admit a rapporteur who terms terrorists convicted of bombing and terrorist acts as advocates of human rights while this should be a cause of regret for the United Nations.”

“One of the problems with Ahmed Shaheed is that he is a staunch supporter of terrorism because he calls terrorist suspects as advocates of human rights like his support for those terrorists who killed people in a Hosseiniya (religious center) in Shiraz,” Larijani said.

He explained that the UN has three mechanisms for reporting, and said, “The Universal Periodic Review on human rights is the first of such mechanism and all countries without any exception should release their UPR reports and their human rights records is reviewed once every four years.”

The human rights official underlined that Iran has been among the first countries that presented and accepted this initiative.

The Universal Periodic Review (UPR) is a unique process which involves a review of the human rights records of all UN Member States. The UPR is a state-driven process, under the auspices of the Human Rights Council, which provides the opportunity for each State to declare what actions they have taken to improve the human rights situations in their countries and to fulfill their human rights obligations. As one of the main features of the Council, the UPR is designed to ensure equal treatment for every country when their human rights situations are assessed.