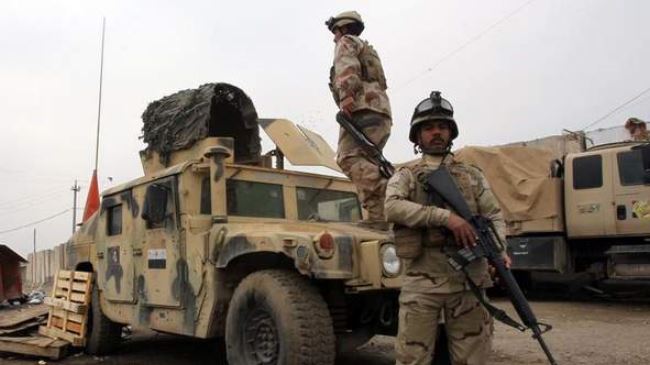 Iraqi army forces have liberated as many as 16 villages near the western city of Ramadi from the control of Takfiri ISIL militants.

A senior army officer said that Iraqi soldiers liberated the villages after heavy clashes with the Takfiri militants in the western Anbar Province.

The Iraqi officer added that the villages are all located near the Hit district.

Anbar province, which borders war-ravaged Syria, has been a major stronghold of the ISIL elements and continues to be largely controlled by the terror group.

The liberation of the villages comes as the Iraqi Interior Ministry recently confirmed that the leader of the Takfiri ISIL group, Ibrahim Al-Samarrai also known as Abu Bakr al-Baghdadi, has been wounded in airstrikes.

The Iraqi army has managed to make a number of gains in the fight against the ISIL militants in recent weeks.

The ISIL terrorists currently control large areas of Iraq. The group sent its militants into Iraq in June, seizing large parts of land straddling the border between Syria and Iraq.

The ISIL militants have been carrying out horrific acts of violence, including public decapitations, against Iraqi communities such as Shias, Sunnis, Kurds, and Christians.