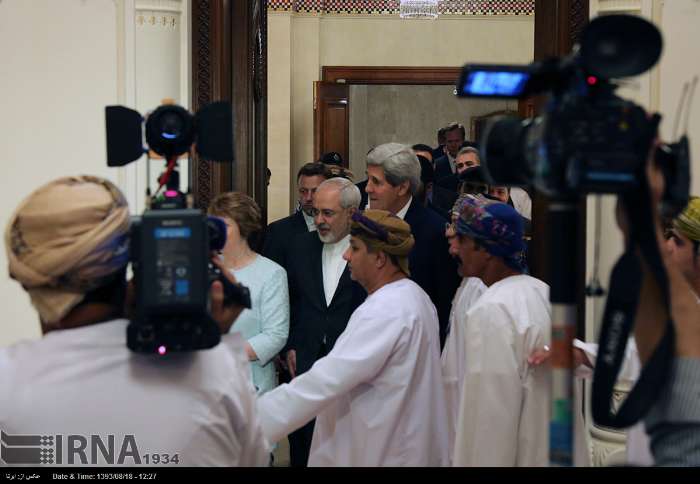 Iran, US, EU start 2nd round of nuclear talks in Muscat

Iran, the US and the European Union have started a second round of talks in the Omani capital, Muscat, to find a solution to the outstanding issues over Tehran’s nuclear energy program ahead of a deadline for a breakthrough deal.

Iran has described the Oman talks as very important and decisive, saying that the volume of Tehran’s uranium enrichment and the timetable for the removal of anti-Iran sanctions are top issues on the agenda.

The trilateral talks, which will continue until Monday, are meant to facilitate the conclusion of a final deal over the Iranian nuclear energy program before a November 24 deadline.

Speaking to Press TV on his way to Muscat, the Iranian foreign minister said illegal sanctions slapped against the country over its nuclear energy program have failed to meet the goals of those countries that imposed them.

Zarif added that Iran believes a final deal over its nuclear energy program can be reached if the other side has the political will to do so.

Last November, Iran and the P5+1 group of countries – Russia, China, France, Britain, the US and Germany – clinched an interim nuclear accord, which took effect on January 20 and expired six months later. However, they agreed to extend their talks until November 24 as they remained divided on a number of key issues.