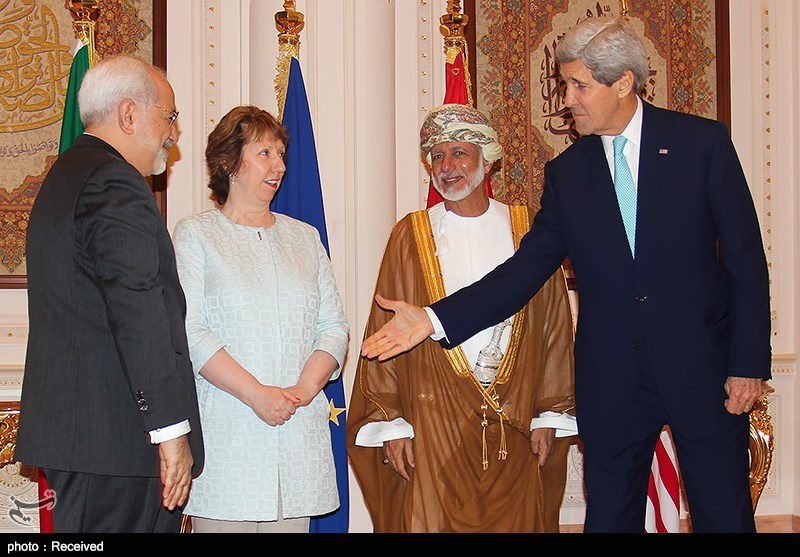 Top envoys from the U.S., European Union and Iran sat down in Oman to try to build momentum for a final nuclear accord as the Nov. 24 deadline for a pact drew near.

Under a final agreement, Iran would have to submit to limits on its nuclear program in exchange for the lifting of international sanctions. Kerry has said “big gaps” remain between the sides, including the scope of the country’s uranium enrichment program, how and when to lift economic sanctions, and how long Iran’s nuclear program must remain under international inspections and safeguards.

Today’s talks are a prelude to formal negotiations between Iranian officials and diplomats from the group known as the P5+1 — the U.S., U.K., France, Germany, Russia and China — scheduled to begin Nov. 18 in Vienna. An interim agreement signed a year ago traded limited sanctions relief for limitations on Iran’s nuclear work.

“We hope this round will be the start of a new dynamic in the talks,” with each side interested in seeing the conflict resolved, former Iranian ambassador to Oman Hossein Noushabadi said in a phone interview from Tehran.

“Deep down the Americans also want these talks after years of efforts to have an outcome so that they are not empty-handed,” said Noushabadi, now his country’s deputy culture minister.“That would be unpleasant for them. They, too, have to answer to public opinion.”

Zarif told state-run Iranian Students News Agency yesterday that “if the Western side can trust that our aim is peaceful and they don’t have political motives, now is a good time to set the framework of the agreement.”

A recent report by the International Atomic Energy Agency said Iran isn’t abiding by a May agreement to provide information about two areas that have raised suspicions. The agency has sought access to the Parchin military complex southeast of Tehran amid suspicions it was used to test explosives linked to nuclear detonations. Iran has denied the nuclear watchdog access to the site, saying it is a military compound, not a nuclear facility.

Iran maintains its nuclear program is for energy and medical purposes and rejects allegations that its nuclear work is a cover to build weapons.

Today’s meetings follow reports that President Barack Obama wrote to Iran’s Supreme LeaderAyatollah Ali Khamenei last month noting their countries’ interest in fighting the Sunni militant group Islamic State. Cooperation on that front would only be possible if an agreement on Iran’s nuclear program could be reached, Obama wrote.

Last November, world powers reached an interim deal with Iran in which it agreed to limit some of its nuclear activity in exchange for some sanctions relief. Iranian diplomats and former U.S. officials have said an extension may be warranted if the sides can’t bridge their differences before this month’s deadline and turn the temporary deal into a permanent one.

“Striking a deal ‘‘would be to the benefit of all,’’ Noushabadi said. ‘‘It will help to normalize relations with West and to ease tensions.’’