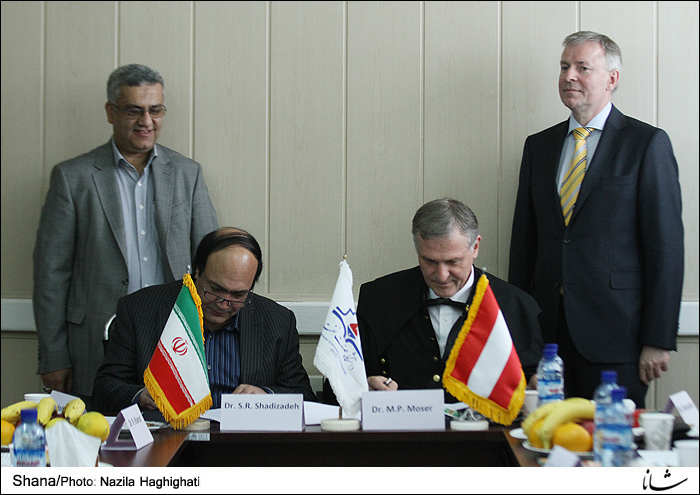 TEHRAN Nov 10 (Shana)–Iran’s Petroleum University of Technology and Austria’s Montana University have signed a memorandum for research and scientific cooperation.

The agreement was signed on Monday between the two universities in Tehran. The participants in the event discussed ways of research and scientific cooperation.

Abdonnabi Hashemi, chancellor of PUT, said the Austrian university can cooperate in the studies on five oil reservoirs.

He said that PUT has been instructed by Petroleum Minister Bijan Namdar Zangeneh to seek foreign partner in reservoir studies.

Hashemi said PUT, which is 75 years old, has already had similar interaction with universities from Australia and France.