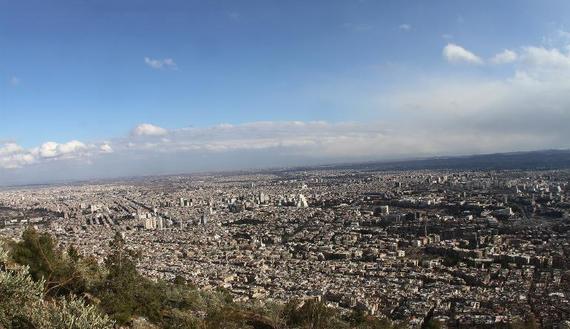 Five nuclear engineers, one of them Iranian, killed in Syria: monitor

The Britain-based Syrian Observatory for Human Rights told AFP that four of the engineers murdered just north of Damascus were Syrian, while one was Iranian (photo by Anwar Amro/AFP/File)

(Reuters) – Gunmen killed five nuclear engineers, four of them Syrian and one Iranian, on the outskirts of Damascus on Sunday, a monitoring group said on Monday.

The engineers were shot dead as they were traveling in a small convoy to a research center near the northeastern district of Barzeh, the Syrian Observatory for Human Rights said.

No one claimed responsibility and Syrian and Iranian state media did not mention the attack, which occurred in an area controlled by forces loyal to President Bashar al-Assad.

Iran has backed Assad throughout Syria’s three-year war and Iranian military advisers are working with Syrian forces throughout the country.

The IAEA has also asked for permission for years to visit a site in the eastern province Deir al-Zor that U.S. intelligence reports say was a nascent, North Korean-designed reactor geared to making plutonium for nuclear bombs. Israel bombed it in 2007.

Iran, the United States and the European Union began a second day of talks in Oman on Monday to discuss ways to resolve a confrontation over Tehran’s nuclear program, U.S. and Iranian officials said.