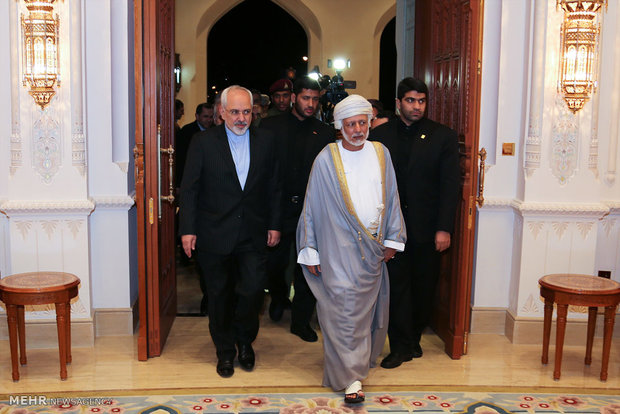 TEHRAN, Nov. 10 (MNA) – Iran, the US and the EU negotiators will focus mainly on sanctions and uranium enrichment on the second day of talks hosted by Muscat.

Iran’s Mohammad Javad Zarif, EU’s Catherine Ashton, and US Secretary of State John Kerry are in Muscat, Oman to resume this round of talks in second day on Monday. On Sunday, both sides held two sessions of negotiations. No side provided details to the press other than Oman’s foreign minister Yusuf bin Alawi bin Abdullah who described the atmosphere of the talks very positive.

While Iran demands immediate relief of sanctions, the 5+1 want Iran to provide concessions in its level of enrichment. On Sunday, Iran’s Parliament issued a statement signed by 200 representatives setting five redlines for Iranian negotiators, notable among them is ‘providing no single concessions on enrichment level,’ and emphasis upon ‘Leader-endorsed 190k SWU (Seperative Work Unit) centrifuges’ in the negotiations.

The main source of discord between Iran and the Sextet is the time frame for removal of sanctions. However, the US and other members of the 5+1 believe that sanctions removal would be subject to passing of time. Removal of UN-approved sanctions would not benefit Iran economically; however, politically, this is Iran’s main demand in the negotiations.

Iran demands also that its name should be excluded from UN Security Council’s 7th charter, and it would be recognized as a usual member of NPT. About enrichment, the 5+1 has voiced concerns over the alleged issue that Iran would achieve a nuclear head within six months with the current number of centrifuges working. The US has reportedly agreed with 5-6000 centrifuges, while Iran operates 9400 centrifuges only in Natanz to meet the 190k SWU emphasized by the Leader of the Islamic Republic of Iran as the benchmark level for Iran’s domestic needs.

With any measures, solving these difficult issues would provide a definitive path to a comprehensive deal in Vienna ahead of November 24 deadline.