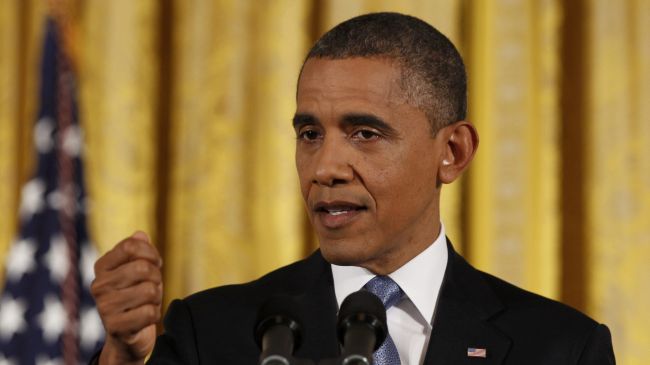 Information in Israel’s hands suggests the letter stressed the need to reach a nuclear deal and made clear U.S.-led strikes in Syria aren’t aimed at toppling Assad.

Israel learned independently about the secret letter U.S. President Barack Obama sent to Iranian Supreme Leader Ali Khamenei, according to a Jerusalem official who asked to remain anonymous due to the sensitivity of the matter.

The official said Israel learned about the letter shortly after it was sent. The information arrived indirectly, through channels that are not part of Israel’s official contacts with the American administration.

The Wall Street Journal broke the story, reporting that the U.S. president had suggested to the Iranian leader to cooperate in the struggle against the Islamic State (also known as ISIS or ISIL), on condition that the Islamic Republic reach a nuclear agreement with the Western powers by November 24.

The information in Israel’s hands indicated that Obama was trying to allay Iranian fears. Obama made clear in the letter that the international coalition that had been established, and the air strikes in Syria, were meant for a war solely against ISIS, and that the U.S. administration had no aspirations of toppling President Bashar Assad’s regime.

Likewise, Obama stressed to Khamenei his desire to reach an agreement with Iran on a nuclear program, and that such a deal would release Iran from its international isolation.

The fact that the Obama administration kept Israel out of the loop, and that Israel found out about the letter indirectly, adds to already deep suspicions in the Prime Minister’s Office about the White House on the Iranian issue. The letter also strengthened fears in Israel that the struggle against ISIS in Iraq and Syria – two areas with a massive Iranian presence – will make the United States soften its position regarding Iranian nukes.

A senior Israeli official briefed on details of the talks remarked that Rice and Under Secretary for Political Affairs Wendy Sherman, who heads the U.S. negotiation team with Iran, noted that, despite continuous diplomatic efforts, they did not think they could reach a permanent deal with Iran by the November 24 deadline.

Cohen, together with the head of the Foreign Ministry’s strategic division, Jeremy Issacharoff, and other senior Israeli officials who participated in the talks, said that America’s handling of the negotiations is hardening Iran’s position.

The Israeli officials reportedly told their U.S. counterparts that the Iranians think the Americans want to reach a deal more than they do, and so they don’t want to close a deal now. They added that Foreign Minister Mohammad Javad Zarif wants to be flexible, but Khamenei won’t let him.

Marie Harf, deputy spokesperson for the U.S. Department of State, said that “both the subjects and the details in that account of our recent consultations with the Israelis are inaccurate.” “Any attempt to misrepresent what has been a very constructive dialogue with our Israeli friends on the Iranian nuclear negotiations is disappointing,” she added.

Jerusalem responded harshly to the letter over the weekend. “I think the struggle with ISIS doesn’t need to come at the expense of preventing Iran from obtaining nuclear arms,” said Prime Minister Benjamin Netanyahu, before meeting with the European Union’s new foreign policy chief, Federica Mogherini. “One has to act in both these directions, and not tie one to the other.”

Foreign Minister Avigdor Lieberman also said Israel opposed linking ISIS with Iranian nukes. “It’s not our job to advise the U.S. president, but we disagree on this matter,” Lieberman said ats a press conference with Mogherini. “We oppose this approach … we think it is a mistake … Iran is not an acceptable partner for any moderate coalition against ISIS, or any type of dialogue in the Middle East.”

The White House and U.S. State Department in Washington declined to comment on the existence of the Obama-Khamenei letter over the weekend, but did engage in damage control. “There is no linkage whatsoever of the nuclear discussions with any other issue, and I want to make that absolutely clear,” said Secretary of State John Kerry, at a press conference in Beijing yesterday. “The nuclear negotiations are on their own.”

A decisive trilateral summit opens today in Muscat, involving Kerry, Zarif and the EU’s negotiator on Iran, Catherine Ashton. Senior Iranian and U.S. officials stressed over the weekend that the summit’s goal is to make a breakthrough in the stalled talks.

According to website Al-Monitor, Ali Akbar Velayati – Khamenei’s foreign policy adviser – is expected to join the meeting. Velayati’s participation in the talks could signal that Iran’s supreme leader is preparing for the possibility of making decisive concessions on the nuclear issue, ones likely to lead to signing a deal by November 24.

Significant gaps remain between the Iranian positions and those of the United States and the five world powers. Prime Minister Netanyahu is reportedly very concerned about the summit in Oman, which revolves around the final round of negotiations set to commence in Vienna on November 18. Netanyahu, who reportedly believes Obama is set on a deal with Tehran, suspects the Americans and Iranians are cooking up a secret bargain, which will leave a large portion of nuclear infrastructure in Iran’s hands, and present the deal as a fait accompli to the rest of the world.

Netanyahu said at a press conference with Mogherini in Jerusalem on Friday that it would be a mistake to allow Iran to become a threshold nuclear state.

“If Iran is left with residual capacity to enrich uranium for a nuclear bomb, ultimately this will destabilize the world – not just our region, not just pose a direct threat at Israel, whom Iran spells out for eradication, but also I think for all the Middle East and well beyond the Middle East,” he said. “I think this is something that should be prevented.”

Netanyahu added: “Better no deal than a bad deal that leaves Iran with a capacity to enrich uranium for a nuclear bomb.”