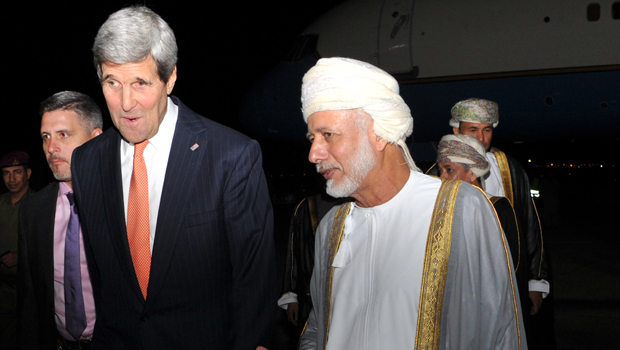 The meeting is being held in the context of “5+1 group” negotiations on the Iranian nuclear file. The meeting, which comes as part of the 9th round of negotiations towards a final accord, will spell the end of conflicts between the two parties and will pave the way for the establishment of peace and stability in the region.

“As the past months witnessed an accord between Iran and the “5+1 group” on a number of procedures, it is hoped that a final accord will be reached or, at least, more progress to be made towards the goal highly sought by the countries and peoples of the region,” said a report in Oman News Agency.

The periodic accord, which was based on Muscat consensus, yielded good and tangible results over the past months, not only because it aimed to spare the region tensions, instability or insecurity of maritime passages, but also because it sought to benefit from Iran’s contribution in resolving some regional problems and, more vitally, the release-for humanitarian reasons-of Iranian funds blockaded in the West.

Other advantages include the partial lifting of sanctions imposed on Iran, paving the way for the return of Western investments to Iran. Some steps in this direction have already been taken by many Western companies, including US firms. Such results will undoubtedly benefit all parties concerned, as well as the peoples of the region.

Therefore, it is highly significant that this round of negotiations should lead more to the closing of ranks and the facilitation of a final accord. The Sultanate, as its tradition has always been, will spare no efforts and will work at the highest levels in favour of the region’s countries and peoples, and the world at large.