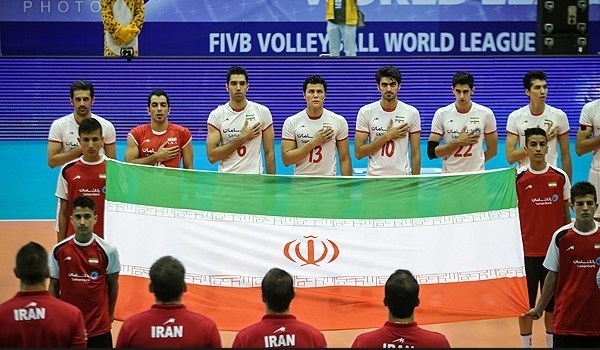 There will be no events awarded to Iran by  the International Volleyball Federation (FIVB) until Ghoncheh Ghavami is released from prison and a ban on women attending matches is lifted, it has been revealed.

The pledge was made by the FIVB during a meeting with Non-Governmental Organisation Human Rights Watch after they called upon them to “step up its action” to support the Iranian-British woman sentenced to a year in jail in Iran for attending a match.

The new ban does not include next year’s FIVB World League, whose fixtures had already been scheduled.

It also does not include the 2015 Asian Volleyball Championships, awarded to Tehran even though there is international condemnation of the arrest of Ghavami.

The 25-year-old law student was arrested in June after attending a FIVB World League match between Iran and Italy.

She was held in a Tehran prison for more than 120 days before news of her sentence, which has still not been officially confirmed, was revealed by her lawyer.

The promise by the FIVB to HRW is a significant step by the FIVB, whose Brazilian President President Ary S Graça is stung by criticism that he is not doing enough to deal with the crisis, although he claims he is working tirelessly to try to help resolve the situation.

“The FIVB did have a very productive meeting with Human Rights Watch in October,” a spokesman told insidethegames today.

“In this meeting, the HRW was informed that the FIVB would not give Iran the right to host any future FIVB directly controlled events such as World Championships, especially under age, until the ban on women attending volleyball matches is lifted.

“This did not include other volleyball tournaments nor next year’s World League tournament as the FIVB had already confirmed this event earlier in the year – this was also informed to Human Rights Watch.”

The FIVB have also promised to review the decision by the Asian Volleyball Confederation (AVC) to award Tehran the 2015 Asian Championships, although they claim they do not have the powers to prevent the event taking place there.

“Regarding the AVC decision, the FIVB Constitution has been amended in 2010 and 2012, providing broader authority to Confederations as regards to the management of volleyball in their continents and for this reason, the FIVB is not involved in the decision making process of appointing hosts of Continental Championships,” the spokesman told insidethegames.

“However at this moment, the FIVB is still evaluating the current situation and what potential future steps it can possibly take.” Iran, who have been drawn in Pool B for next years World League Intercontinental Round, will play three home and three away matches against Russia, world champion Poland and the United States.

The Iranian action has provoked huge condemnation in much of the world, with an online petition submitted by Ghavami’s London-based brother, Iman, entitled “Bring my sister home; #FreeGhonchehGhavami خواهرم را به خانه برگردانید”, having received more than 718,000 signatures.

An unanswered letter has been sent by the FIVB to Iranian President Hassan Rouhani calling for her release, while a standing ovation also took place in support of the 25-year-old during the International Federation’s recent Congress in Cagliari.

HRW claimed the FIVB has taken a “positive stand for the principle of gender non-discrimination in sports”.

But they added that “Ghavami’s conviction and Iran’s continuing ban on women spectators” and the FIVB must “step up its actions on her behalf and for equal access to sporting events”.

They also called for Iran’s judiciary to quash the conviction of Ghavami for “propaganda against the state” and immediately release her since the charge is “on its face a punishment for peaceful speech and protest”.

This comes two weeks after the organisation praised the International Olympic Committee for claiming other organisations should follow their lead in ensuring non-discrimination and ethical standards in Host City contracts.

On this occasion, the IOC have also sent a letter to the National Olympic Committee of the Islamic Republic of Iran about the situation, but are yet to reveal whether they have received a reply, or anything about their plans for further action.

By Inside The Games