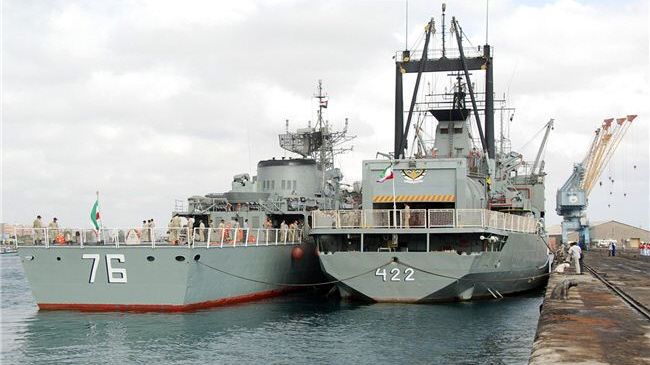 Highlighting the great significance of the Strait of Hormuz, Malacca, and Bab El-Mandeb, he reiterated that 30,000 commercial ships and oil tankers pass through this region annually, provision of security for them is extremely vital.

Lieutenant Captain Rahimian emphasized that in addition to Iran, some 30 other countries’ naval forces are present in the region.

“It is a great pride for the Islamic Republic of Iran to put on display the might of its naval fleet in this sensitive region,” he said.

Commander Rahimian said that after the end of the Iraqi imposed war the enemies had assumed that the Iranian Navy had lost its combat capabilities and could not have its expected maneuverability.

“In those regions 30 countries’ warships and destroyers are present and the presence of the 31st Naval Fleet of the Islamic Republic of Iran by their side inspires a feeling of national pride for the captains of the Iranian ships that pass through the region,” he said.

“We have proved the fact to the world that the Iranian Naval Force is strong and capable of launching operations in remote parts of the international waters,” the lieutenant captain added.

The commander of Jamaran Destroyer said the dispatched Iranian naval fleet’s interactions with the other foreign countries’ naval fleets in the expanse of the international waters is excellent, as they are all there for securing one objective, and that is the international community’s interests.

The Iranian Navy’s 31st Naval Fleet which is dispatched to the Sea of Aden is comprised of one destroyer (Jamaran), and the logistical-combat Bushehr Warship and has since the beginning of this mission from Iran’s Bandar Abbas Port travelled 710 naval miles, equal to 1,315 kilometers.