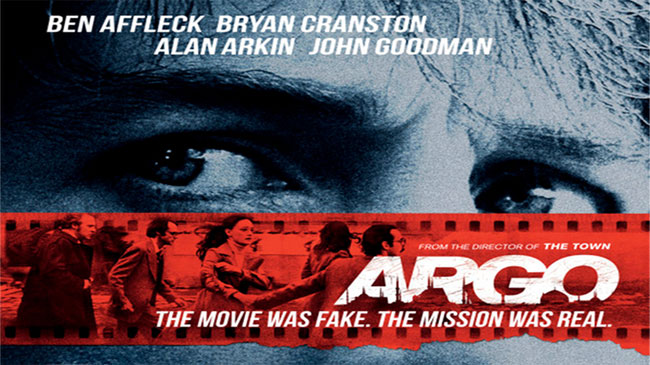 The CIA spy agency has released issues on the factual errors of Argo, a Hollywood movie produced in 2012, on its Twitter page.

The CIA took to Twitter on Friday to correct plot points of the movie, Argo, in a “reel vs. real” series of tweets.

Along the recent Iranophobic attempts, Ben Affleck’s political thriller went on screens. The flick lacks a proper, realistic view of the 1979 US Embassy takeover in Tehran.

In recent years, Iranophobia has come to encompass a wider scope of media including cinema, which is incontestably capable of exercising a deeper, manipulating effect on the audience.

Made on a budget of about USD 44 million by the Warner Bros, Argo is replete with historical inaccuracies and distortions.

Released in August 2012, the Iranophobic American movie attempts to describe Iranians as overemotional and irrational, while at the same the CIA agents are represented as heroically patriotic.

Argo as an “arrant instance of Hollywoodism” is a far cry from a balanced narration in which everything is narrated one-sidedly.

Iran cultural officials have talked to an internationally-renowned French lawyer to sue those Hollywood companies and filmmakers that contributed to the production of anti-Iran propaganda films such as Argo.

This was not the first time Hollywood has pushed a distorted picture of Iran and Iranian culture.

Brian Gilbert’s 1991 family drama, Not Without My Daughter, chronicles the story of an American woman who is married to an Iranian doctor. The film gives a dark image of Iranian culture.

In 2007, the American movie, 300, as a Greeks-versus-Persians action flick, also insulted ancient Iranian culture and distorted the true image of Persian civilization.