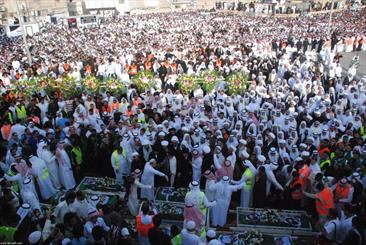 According to Al-Manar, at least 70 thousands of Arab people attended funeral ceremony of seven victims of attacks on Ashura mourners in eastern city of Al-Ahsa with a majority of Shia population.

Unknown gunmen attacked the ritual in al-Dalwah region and opened fire on mourners claiming 7 lives and leaving 30 others injured.

Meanwhile media reports say Saudi officials have banned people from other Shia regions to attend the ceremony for what they called security concerns.

Saudi Arabia media have reported that security forces have arrested a suspect in Arar region. That comes as a Saudi minister closed a TV channel for fueling sectarian conflict in the country following the attack, just before being expelled by Saudi king.