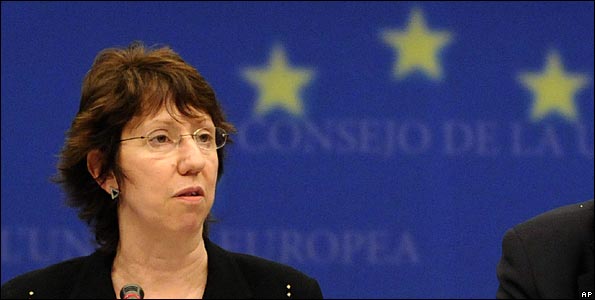 Political directors of six world powers engaged in nuclear talks with Iran are set to meet in the Austrian capital, Vienna, as the November 24 deadline for a final agreement with the Islamic Republic over its nuclear energy program looms.

The Friday meeting, which is to be held without Iran, gathers officials from the P5+1 – France, Britain, the United States, Russia, and China, which are the five permanent members of the United Nations Security Council, plus Germany – as well as the former European Union Foreign Policy chief, Catherine Ashton, who chairs the nuclear negotiations with the Islamic Republic.

Russian Deputy Foreign Minister Sergey Ryabkov, who is to lead the Russian delegation to the meeting, said on Thursday, “The chance for reaching main decisions at the P5+1-Iran talks is increasing.”

“All signals we heard from Tehran, Washington and the European capitals allow us to assume that the chance for reaching — if not particularly final — main decisions in the coming several days, in any case till November 24, is increasing,” he said.

“We are sure that the political will to reach agreement exists. The point is if there is enough such will to overcome a big position gap, which remained and was evident after the October events in Vienna. Tomorrow’s coordination meeting is mainly designed to solve the problem [of] what should be done to overcome this gap and build the bridge,” Ryabkov said.

On Sunday and Monday, Iran’s Foreign Minister Mohammad Javad Zarif and US Secretary of State John Kerry will meet in Oman’s capital Muscat together with Ashton.

Ashton will then on Tuesday chair another meeting of political directors from the P5+1, also in Muscat.