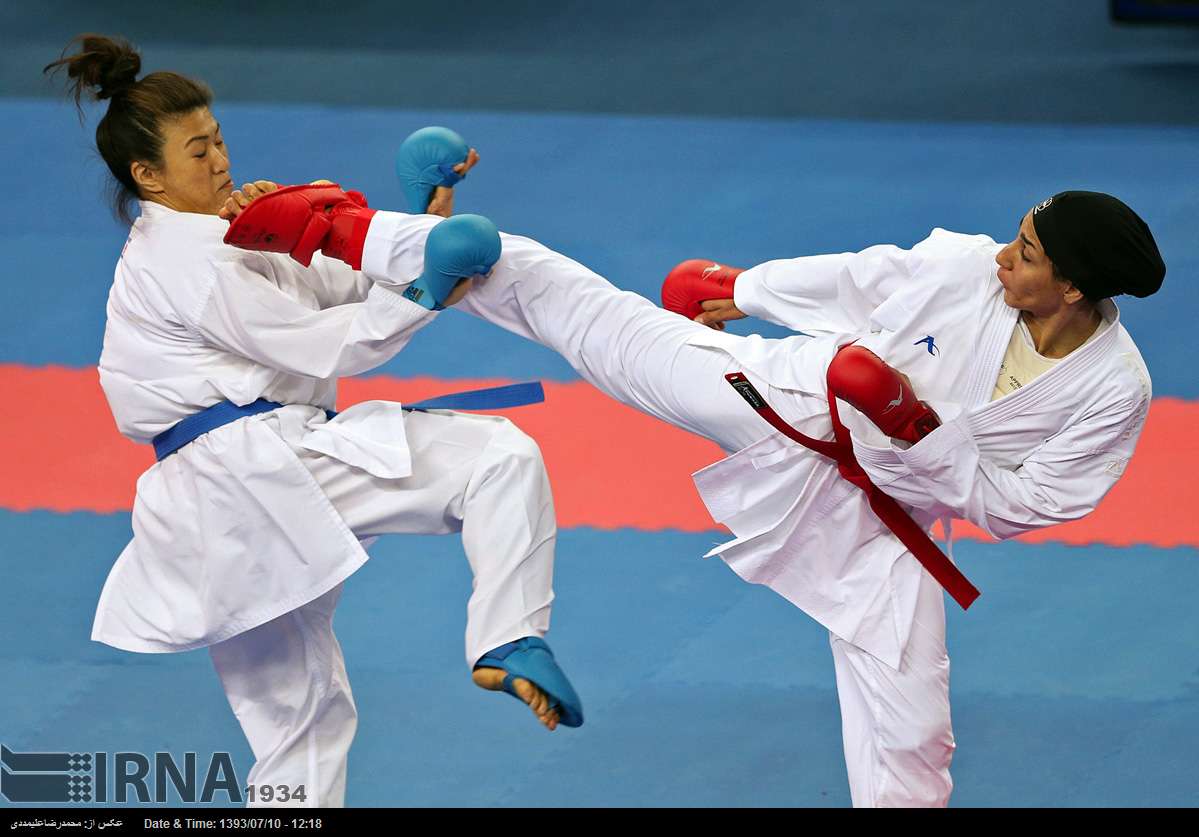 Abbasali defeated her Hungarian rival in the 68 kilogram category at ÖVB-Arena on Wednesday.

The Iranian athlete had already beaten her Belgian and Spanish rivals 3-0 and 1-0   to become a semifinalist.

She will be fighting against Egyptian karateka Shymaa Abouelyazed at the final on Saturday.

Some 900 athletes from at least 107 countries have partaken in this round of the matches, according to the tourney’s official website.