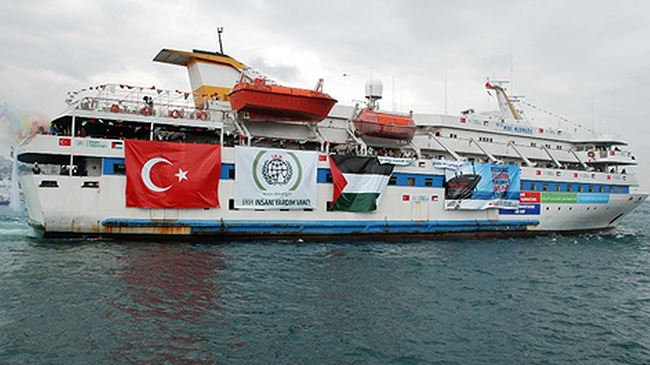 The Turkish ship Mavi Marmara (file photo), which was attacked back in 2010 by Israeli forces (file photo)

Prosecutors at the International Criminal Court (ICC) have decided not to open a probe into a 2010 Israeli attack on a Gaza-bound aid flotilla that left nine Turkish activists dead.

The prosecutors said publicly available information provides “a reasonable basis” to believe that the Israeli forces committed war crimes during the attack in international waters back in 2010, but the case does not fall under their jurisdiction for an official probe, according to court papers seen by Reuters.

“The information available provides a reasonable basis to believe that war crimes under the court’s jurisdiction have been committed in the context of interception and takeover of the Mavi Marmara by IDF (Israeli military) soldiers,” reads the court papers.

However, the crimes were not grave enough to fall under the ICC’s jurisdiction, the prosecutors said.

In May 2013, a lawsuit was filed in The Hague against the Israeli regime on behalf of Turkey’s Humanitarian Aid Foundation (IHH) and the victims’ families.

Ramazan Ariturk, a lawyer for the victims, told the press at the time that “the evidence of Israeli aggression was presented to the court. The accused include Israeli officials involved in the raid, including the Israeli prime minister, defense minister and the chief of staff of the Israeli military.”

On May 31, 2010, Israeli commandos attacked the Freedom Flotilla in international waters in the Mediterranean Sea, killing nine Turkish citizens, including a teenager with dual Turkish-US citizenship, on board the Turkish-flagged Mavi Marmara and injuring about 50 other people who were part of the team on the six-ship convoy.

The flotilla was attempting to break the Israeli naval blockade of the Gaza Strip, carrying aid to Palestinians in the enclave.

Gaza has been blockaded since June 2007, which has caused a decline in the standards of living, unprecedented levels of unemployment, and unrelenting poverty.

The attack sparked international outcry and plunged relations between Tel Aviv and Ankara to an all-time low at the time.