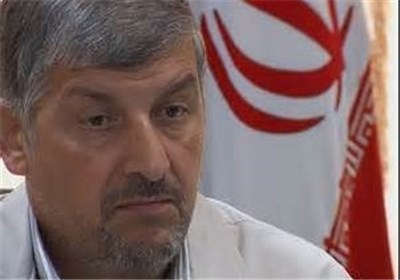 TEHRAN (FNA)- A senior Iranian lawmaker warned that any failure in the talks between Tehran and the world powers will be blamed on the US for its excessive demands in the negotiations, adding that no mechanism has been devised for extending the talks beyond the November 24 deadline.

“If no final agreement is reached between Iran and the Group 5+1 (the US, Russia, China, Britain and France plus Germany) by November 24, we will take a new decision and will try to return to the conditions that existed before the (Geneva interim) agreement, and we will resume 20% (grade) enrichment (of uranium),” Vice-Chairman of the parliament’s National Security and Foreign Policy Commission Mansour Haqiqatpour told FNA on Wednesday.

He also cautioned that if the US excessive demands prevent the parties from attaining a comprehensive deal, there will be no mechanism for extending the negotiations.

“We will certainly return everything to its primary situation” under such conditions, Haqiqatpour stressed.

His remarks came amid repeated calls by some western officials, specially the US, who want Iran’s missile program to be included in the nuclear talks between Tehran and G5+1.

On Monday, caretaker of Iran’s Permanent Mission to the UN Gholam Hossein Dehqani underlined that Tehran will never accept to make a deal through crossing or ignoring its redlines in the talks with the Group 5+1.

“As stated by Iran’s high-ranking officials, areas related to our national security such as the defense capabilities are not subject to any negotiations at any level,” Dehqani said, addressing a meeting of the United Nations General Assembly in New York.

The Iranian envoy, however, said that based on Tehran’s principled position, the Iranian negotiators would continue talks with the representatives of the six powers.

Iran and the six major world powers ended their 8th round of nuclear negotiations in Vienna in mid-October.

The 7th round of the talks between Iran and the Group 5+1 was held in New York on the sidelines of the UN General Assembly meeting in September.