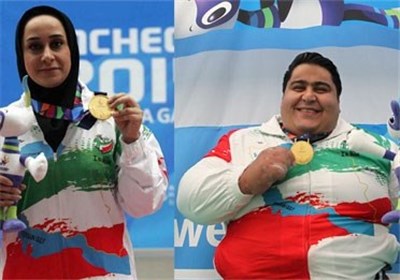 TEHRAN (Tasnim) – Iran’s Sareh Javanmardi and Siamand Rahman have been nominated for the Allianz Athlete of the Month for October 2014 in the International Paralympic Committee (IPC) poll.

Powerlifter Rahman broke his own world record in the men’s over 107kg category three times on his way to glory in Incheon, eventually adding 7kg with a lift of 292.0kg.