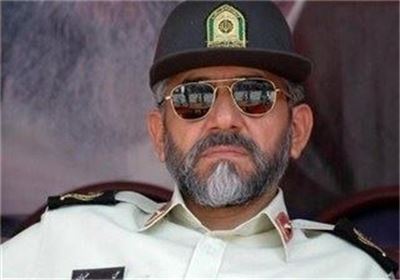 TEHRAN (Tasnim) – Iran’s anti-narcotics police chief announced that about 272 tons of different types of illicit drugs have been seized in the country over the first seven months of the current Iranian year, which began on March 21.

“Over the first seven months of the current year, the Law Enforcement Force had a good performance in its fight against narcotics and managed to seize about 272 tons of different types of illicit drugs,” General Ali Moayedi told a press briefing in Tehran on Wednesday.

The figure shows a 13 percent decrease compared to the same period last year, he added.

The commander also said the seizures mainly include opium, with 215 tons, and hashish, with 37 tons, and added that heroin, morphine and other types of drugs were among police seizures.